The Next Adventure in the Anna Travis series As the eighth installment of the Anna Travis series, acclaimed author Lynda La Plante returns with Backlash.   Refer to the link in the title to check out other novels by Lynda La Plante.

Henry Oates, is accused of killing a woman, after having sex with her in his van.  He saw her outside a bar.  It turns out, he is also responsible for the disappearance" of Fidelis Julia Flynn, a college student from Dublin, Ireland. Anna with Langton investigates clues that lead them to the case in the past.    Some of the clues found could possibly link the cases.  Could this old case be the key to what really happened all those years ago?

To be honest, I did not enjoy this novel. Unfortunately the story did not hold my interest. The story seemed similar to one of those crime shows you might watch on television.  While the author has written much about the main character Anna Travis there was not much that made her favorable.   The story is set in London England.
A crime procedural does not interest me as a reader.  You might enjoy this author if you like works of fiction such as Kathy Reichs, Patricia Cornwall, or Mary Higgins Clark.  Then this novel is for you! By Josephine Mattia

Please visit Lynda on her Facebook page.
Posted by Jencey Gortney at 2:00 AM No comments:

Who Would Like to Visit the Chateau at Marmont? 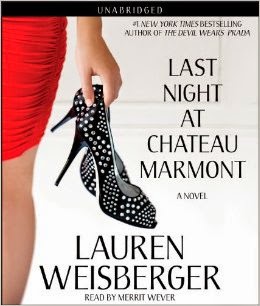 Prior to the revenge of the Devil; there was Last Night at Chateau Marmont by Lauren Weisberger.  Since finishing this one I am all caught up on her novels and ready to share it with you.

Brooke has been working hard at her job as a nutritionist.  She is an intern at NYU hospital and works a couple days a week as a school nutritionist at a local private school.  Meanwhile her husband is Julian is an intern at Sony who has been working on his album and performing gigs all over town.  One day he hits it big with his song For the Lost.  Once success becomes normal for Julian, Brooke is left with how to cope?   Will her friends and family be supportive?  Will she keep her career on track?

I always look forward with much anticipation for one of Lauren’s novels.  I actually listened to this novel and Merritt Wever did a great job narrating the novel.   I also loved how Lauren brought us behind the scenes of what it is like for a musician when he becomes famous.    When I had a chance to meet Lauren I heard her discuss the inspiration for this novel.  The inspiration for her was the seeing Gavin Degraw at a local club in New York.

For me initially this novel was a little slow for me.  I liked the characters and thought they were interesting!  I especially found Brooke’s and Julian’s family reactions interesting to Julian’s change of status as a musician.  The character of Brooke Alter was written well and you could definitely see her passion for both her husband and her career.

The Chateau Marmont is mentioned twice in this novel.  It did not get much exposure except for the first time it is mentioned.  I don’t know that I would mind staying there myself.  One can always dream that might be possible.

The Continuing Saga of Bridget Jones! 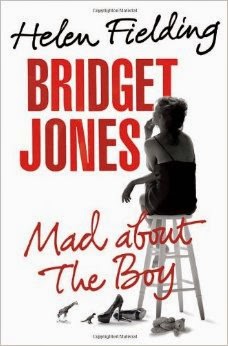 Mad About the Boy, is the latest installment of the Bridget Jones series by Helen Fielding.   I was happy to re-read about the characters I loved.  But is it the best sequel yet?

Mad About the Boy takes place approximately ten plus years after the second installment of the Bridget Jones’s Series.    Watch as Bridget tries to navigate being newly single and a mother as well.  After being out of the dating world for so many years, she has a lot to learn.   She is still reading her self-help books and trying to master Twitter.  With the help of her wacky friends, Bridget will figure it out…eventually.   The biggest question is:  What has happened to Mark Darcy?

I was slightly disappointed that some of the character’s lives were basically at a standstill since we had last seen them.   I find as this series goes on Bridget becomes less funny.  When does being quirky and a little clueless turn into being weird and dumb?  I felt the question was answered  when Bridget becomes a mom.  It is one thing to read about crazy single drunk Bridget, it is another to ready about a ditzy inebriated mother.

This book just seemed sadder than the other three.  I was not so much rooting for Bridget (as I was in the previous books), as I was shouting “PULL YOURSELF TOGETHER”.  There were definitely some laughs but nothing compares to the first book.   Overall, I found that I was wondering what had become of Bridget Jones?  I found out however; that I did not like the answer.    By Alicia Kociuba

So What Comes Next Down Dune Road? 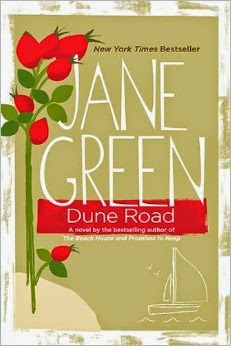 Dune Road was published in 2009 by Jane Green.  Jane has slowly become one of my favorite authors, and this novel is why.  She creates not only relatable characters but also a setting where the reader would love to live.

Recently divorced Kit has gone from being the wife of a financer in New York, to living in a modest home in Connecticut and raising her two children.  She is trying to find her way in the world by getting her first job, learning to date, and what it means to co-parent.  Kit watches as some of her close friends go try and tackle their own demons.   Her boss Robert  who has never made peace with his past.  Her best friend Charlie who is learning that “Keeping Up With the Jones” may not be the wisest decision. Tracy who is trying to recover from two failed marriages.    How will these friends band together when two strangers come to town?

Often after reading her books, I have this desire to move to Connecticut.   It is like a page out of a Jane Green novel.   The main portion of the story revolves around Kit who is freshly divorced with 2 children and working for a  Robert the author.  The book includes Kit’s friends and family lives.   I wish there was more about the relationship between Kit and her employer, Robert.  He is a writer who seems to have had a marriage that reminds me of the real life romance of Natalie Wood and Robert Wagner.   I feel his character could have warranted his own book.  I would also have enjoyed hearing more the character Charlie, whose family has been hit by the faltering economy.

I feel her situation was one that many have encountered in the past years.  In the beginning of the novel I felt like you could really see  the growth of Kit.   The ending for me was a little rushed, in a sense that all problems that where present during the course of the novel seemed to resolve itself within the course of a page turn.  Most authors I would give them a lower rating for this, but I was so swept up in the word that Green had created that I was not as bothered.    It was great to see a variety of characters, with different upbringings and the struggles that they all encounter in this town.   By Alicia Kociuba 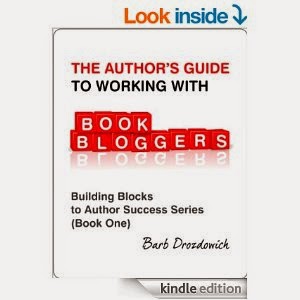 Since blogging has become an ever growing field.  Author’s need to know how to develop good relationships with book bloggers. Barb Drozowich and Gwyneth Smith came to together to share their tips and advice in how the author show work well with book bloggers.
If you would like to check out their suggestions click on this link Author’s Guide on how towork with Book Bloggers.
Posted by Jencey Gortney at 8:25 AM 2 comments: