Sometimes inspiration can come from the unlikeliest of places.
Last year the kids and my husband and I were watching reruns on a Saturday afternoon of a popular 1980s sitcom. In one of the episodes a character announces his intention to bury a time capsule in the backyard and open it in 25 years, all in the name of proving how much he loves his wife. The show wound to its expected conclusion, but the idea of the time capsule stuck with me.

I mulled the idea of a container used to preserve precious objects. What would happen, I thought, if the person who buried it couldn’t open it? What if someone else found that time capsule and then had to figure out what the contents meant?

This small brushstroke of inspiration provided me with the sketch of the second story in my first book, Two for the Heart.

I write short stories and have begun publishing them in serial format. I named the series “Stories in Pairs”, and each book contains two stories. Both stories share a theme, which you find out from the title, and a link, which you discover after reading the stories.

The first book of the series, Two for the Heart, offers readers two stories about the power of love and how far it can take us if we let it lead. That’s the theme. The link comes from a character mentioned in passing in the first story, called “The Proposal”, becoming the main character in the second story, called “Remembrance”.

In “Remembrance” two sisters reunite after 11 years apart. They don’t want to have anything to do with one another, yet circumstances force them to come face to face. One of them suffers from temporary amnesia—my “time capsule” from the sitcom. While a person’s memory and a time capsule may differ, they perform the same function: they both hold items of importance. When a person loses access to either, the consequences can alter a life in drastic ways.

Of course I didn’t come up with the idea of temporary amnesia right away. That idea came after several brainstorming sessions and several story drafts. I knew from the beginning, however, that I needed to write a story about losing access to something precious and how that loss would affect my characters. After going back and forth with my editor on the story (in which she shook her head a lot and I scuffed the ground with my foot and tried to argue weakly why I really needed to keep the story elements that weren’t working) I finally published “Remembrance”.

Give yourself a lot of leeway when an idea catches your imagination. Just because it doesn’t work with a current work-in-progress doesn’t mean it won’t work in the future. Jot it down, either in a physical notebook or in a document on your favorite word processor. Then play what should be a writer’s favorite game—What if.

Keep playing it until you answer every story question, big or small, and don’t accept the first or even the second or third answers you find. Those answers are the ones that everyone expects and that have probably been done before, dozens of times over. Keep asking the question until you astound yourself. When you astound yourself, you’ll be more likely to amaze your readers. And when you get to that point of astonishment, that’s when you start writing. 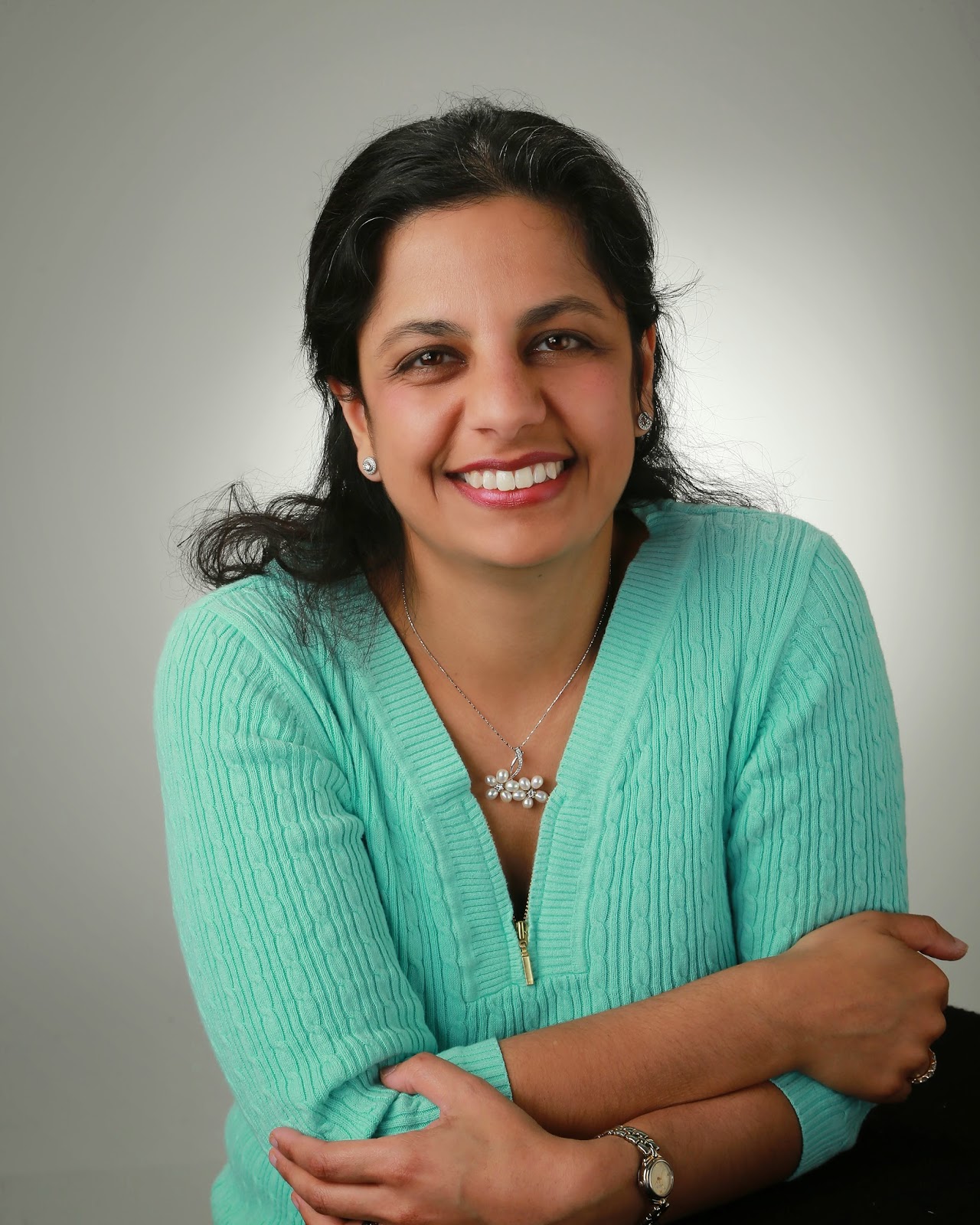 Since the start of her publishing career in 2005 Ekta has edited and written about everything from health care to home improvement to Hindi films. She has worked for: The Portland Physician Scribe, Portland, Oregon's premier medical newspaper; show magazines for home tours organized by the Portland Home Builders Association; ABCDlady.com; The Bollywood Ticket; The International Indian; and the annual anthologies published by the Avondale Inkslingers, based in Avondale, Arizona.

In 2011 Ekta stepped off the ledge and became a freelancer. She edits short stories and novels for other writers, contributing to their writing dreams. She is also a part-time editor for aois21, and she reviews books for her own book review blog as well as NetGalley, TypeReel, and Bookpleasures.com.

Prairie Sky Publishing serves as the publishing arm of Ekta's professional writing blog, The Write Edge (thewriteedge.wordpress.com). When she's not writing, Ekta is a domestic engineer--known in the vernacular as "a housewife." She's married, has two energetic daughters who keep her running, and she divides her time between keeping house and fulfilling her writing dreams.

The Prequel to The White Queen 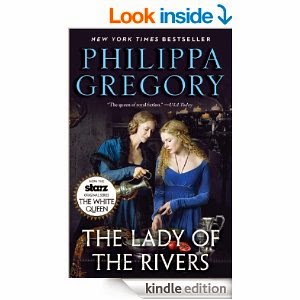 Lady of the Rivers by Philippa Gregory tells the story of Jacquetta the mother of the White Queen.  Janet Mcteer did a fabulous job of portraying Lady Rivers in the White Queen series on Starz in the US.  What is her story?  How did the War of the Roses (Cousins War) start?

Lady Rivers story begins with meeting the prisoner Joan of Arc.  Jacquetta makes an interesting discovery that she is a descendant of Melusina which means that she has second sight.  Then Jacquetta is given in marriage to Duke of Bedford who primarily wants her for her skills.  Is she able to perform successfully?  What will she do when he dies?  Richard Woodville has known Jacquetta from the beginning of her marriage to the Duke of Bedford.   She takes a drastic step and marries Richard Woodville.  Will they be punished for marrying after the death of her first husband?  When Jacquetta is asked to go fetch Margaret of Anjou she is once again asked to use her skills again.  A friendship develops with the Queen of England.  Will the consequences increase as the years lead towards the Cousins War?

I could not wait to read this novel after seeing The White Queen on Starz!  The one question I had was how did the Cousins War begin?  I found the answer in this novel.  I often find when reading a Philippa Gregory novel that I need to refer to a timeline to understand the players involved.  The characters are beautifully crafted.    The story is researched well to create an interesting plot!

I always wonder how Ms. Gregory does it!

Melissa Crisp won the copy of An Appetite for Violets.  Do miss the current giveaway of Authors In Bloom. 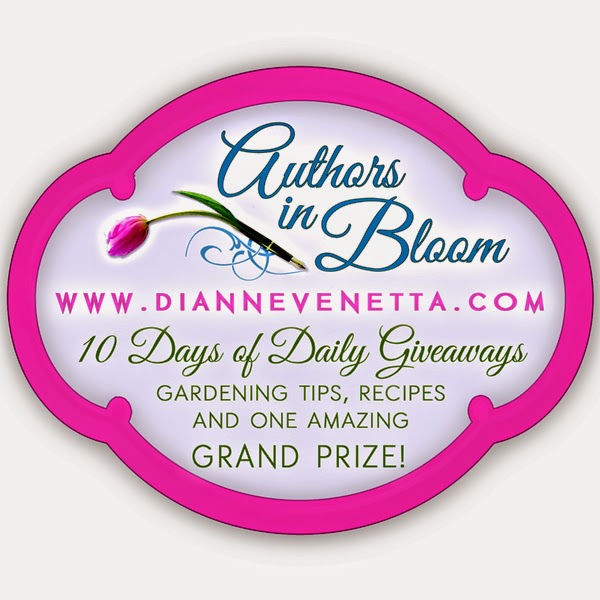 I am glad to be back sharing three wonderful new books and a recipe.   There is also a grand prize is an ereader of their choice (up to $200 value) with second prize a $25 gift card to the ebook retailer of your choice.    You must visit each other in the giveaway.  Grand prize winners will be announced on Bloomin Thyme’s websites. The recipe is from Pinterest and I think you all will love!  I know that I do.  The recipe is for Banana Pancakeswhich includes a glaze.

Reflection Point by Emily March:  The town of Eternity Springs includes some married couples with one very single sheriff. This sheriff needs a mate. Zach Turner the Sheriff hears about a new resident Savannah Sophie Moore. She is opening a bath store with special scents something like Bath and Body works. Savannah makes friends easily in the town but can she accept the town matriarch Celeste Blessing? She brings reminders of Savannah’s past which she would like to forget. When Zach figures out who she is will this affect their relationship?

A Girl Like You by Maureen Lindley:  Angelina is the small town in California that Satori Baker calls home during the late 1930's. The Bakers' are living on a farm that barely brings in enough money to make ends meet. To add to the difficulties of growing up in the last years of the depression, and the angst associated with becoming a young woman, Satori is dealing with the fact that she is half Japanese and half American. As a half caste, Satori is too American for the Japanese and too Japanese for the Whites in Angelina. With all the challenges Satori is currently dealing with, she is about to find her world turned upside down and inside out when America declares war on the Japan in 1941. The attack on Pearl Harbor leaves Satori without her father, her home, and her friends.

Saving Gracie by Terry Lee:  Kathryn is absolutely convinced that her daughter Gracie cannot handle life without her. Gracie is married with two children. She also cannot do anything without consulting her mother. What happens when both are without one another? What will both learn? Where will life take Gracie without her mother’s guidance?

Please follow the rafflecopter! And Good Luck!  The giveaway will run from April 8th-17th.
Here are the other author's:

Email ThisBlogThis!Share to TwitterShare to FacebookShare to Pinterest
Labels: Authors In Bloom, bookgiveaway

Would it be a Delight to Meet the Actual Jane Austen? 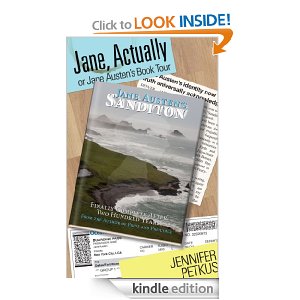 Today I am sharing Jennifer Petkus’s novel Jane Actually.  Thank you to Jennifer for a copy of this novel in exchange for an honest review.  I am a huge Austen fan and am always delighted to share the various stories about Jane Austen and her work.

Jane has been hovering about for about 200 years in the after world.  One day a device becomes available to let people communicate with the disembodied the After Net.  Melody is one such person who can communicate with the real Jane Austen.  She is agent and representing Jane’s interests for her next novel Sanditon.  Jane writes the novel and then the discussion of her tour and speaking events begins.  How will she appear to her public?  Will the After Net committee believe that Jane is who she says she is?

As I said above I am a huge Austen fan. I credit my senior year English teacher Mrs. Vogel for teaching me to appreciate the writing of Jane Austen.  How many of you have read the one about Pride and Prejudice and the zombies?  I was not one of them. When initially pitched this idea I though it sounded interesting about reading what Jane would be like.  I unfortunately did not enjoy the book as much as I thought I would.

This novel discusses what it is like for an author to go through the process of getting published and then go on tour.  If you would like to know more about this process; then this novel might appeal to you.   I also discovered that this novel is in a series and there is a novel prior to this one.   I felt that the author did a good job of creating the characters that are well written.
Rating:
3/5
Please visit Jennifer on her Facebook Page, Twitter, and her Website.
Posted by Jencey Gortney at 2:00 AM No comments: