Who is the Girl From the Savoy? Review and Giveaway! 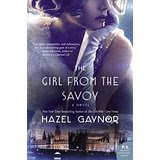 Thank you to William Morrow Books for a copy of the GIRL FROM THE SAVOY by Hazel Gaynor.  This copy was given in exchange for an honest review. I also have one copy to giveaway.   Please see the rafflecopter below.

So have you ever wanted to be on stage and perform?  Could something from your past keep you from a bright future?  Or could a possibility open up a future that you never suspected?

Dolly Lane has worked as a maid ever since the Great War.  Now a new opportunity has arrived.  She will begin her work at one of London’s best hotels The Savoy.  There are rules to follow for her position as maid.  She still sees her friend Clover on her off days from her previous position.  So what happens when she answers an ad to be a muse for a struggling composer?   This composer also happens to be the brother of the Loretta May.  She is known on the stage as one of the biggest stars in London, but she is hiding something.  So when Loretta decides to help her brother what legacy will she leave and who will she influence?

This is my first Hazel Gaynor novel.  It is just as good as Liz and Lisa said in their review.  The story is engrossing from the first page to the last.  One thought that stuck out to me was the various plot points throughout the novel.  It will keep readers interested and invested in the story and what happens to them.  It is told from three different points of view Dolly, Loretta, and Teddy.  Each character contributes in a major way to the story.  I did find the length to be a little long, but otherwise enjoyable.

You must be a US resident and 18 years old or older to participate.
a Rafflecopter giveaway
Posted by Jencey Gortney at 2:00 AM 3 comments:

Email ThisBlogThis!Share to TwitterShare to FacebookShare to Pinterest
Labels: Hazel Gaynor, The Girl From the Savoy, William Morrow

In the Spotlight: A Gentleman Never Tells by Eloisa James 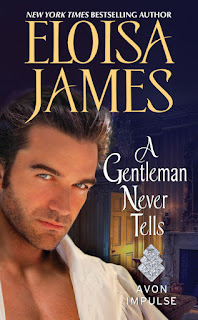 Eighteen years ago (give or take a few) the Honorable Oliver Berwick blackened his own soul, leaving him hardened and resolutely single.

When the chance for redemption in the form of a country house party invitation comes his way, Oliver is determined to prove himself a gentleman.

Until he breaks all the codes of gentlemanly behavior…once again.

ELOISA JAMES is a New York Times best-selling author and professor of English literature who lives with her family in New York, but can sometimes be found in Paris or Italy. She is the mother of two and, in a particularly delicious irony for a romance writer, is married to a genuine Italian knight.

To purchase the novel please visit these fine retailers.

Will You Come Monster Hunting with Us? 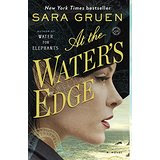 I have the grand opportunity to share the latest novel by Sara Gruen.  AT THE WATER’S EDGE is about a monster hunt for the Loch Ness Monster.  Will Hank and Ellis find this monster?

Hank has the perfect plan to win back the graces of Ellis’s parents.  They would go look for and get a picture of the Loch Ness Monster.  Ellis’s father had attempted but failed. Both Hank and Ellis got out of the fight in World War Two. They were diagnosed with physical ailments.  Hank has flat feet and Ellis has colorblindness.  Or does Ellis have color blindness?  He is married to Maddie.  She has been friends with Hank and Ellis for a long time. She was diagnosed in the past with psychological issues. So they all head to Scotland to find the monster.  How successful is their quest?  What will become of Maddie? Hank? And Ellis?

I liked this novel.  I listened to it on audiobook.  The narration was not bad it just did not make me love one of the characters. The story is told from Maddie’s point of view.  Maddie’s character in the beginning of the novel annoyed me.  As her character grew in the novel started to like her more.  I found myself wanting to see her succeed in the end.  When the reader gets to the climax Maddie’s character changes and then I felt compelled to fight for her.

The plot for this novel is not what I thought it would be.  I thought this story would be about the adventures of trying to find the Loch Ness Monster.  It is about the tourists Hank and Ellis searching for the monster, but it is also about so much more.

Learn about THE BOWL WITH GOLD SEAMS by Ellen Prentiss Campbell 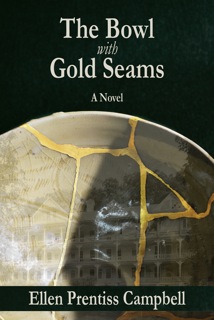 Washington, D.C., May 2, 2016 — In her debut novel THE BOWL WITH GOLD SEAMS, acclaimed writer and literary critic Ellen Prentiss Campbell tells a moving, intimate story inspired by an unusual chapter in the history of the Bedford Springs Hotel in southern Pennsylvania. During the summer of 1945, the resort served as the detainment center for the Japanese ambassador to Berlin, his staff, and their families.

The novel tells Hazel Shaw’s story as a young Quaker woman working at the hotel among the Japanese, and the further story of the reverberating lifelong consequences of that experience. The final events of the war challenge Hazel’s beliefs about enemies and friends, victory and defeat, love and loyalty. In the ensuing years she remains haunted by memories. Long after the end of the war, an unexpected encounter brings Hazel back to the hotel and she must confront her past, come to terms with her present life, and determine her future. Like the precious bowl she is given, broken centuries before and mended with golden glue, Hazel comes to understand that “even that which is broken is beautiful.”

Note:  While Campbell worked on the novel, the Bedford Springs Hotel, which had been closed for 30 years, was restored and reopened. Now owned by Omni, it is once again a thriving destination.

About the author: Ellen Prentiss Campbell is the author of the short story collection Contents Under Pressure (Broadkill River Press, 2016), which was nominated for the National Book Award. Her short fiction has been featured in numerous journals including The Massachusetts Review, The Potomac Review, and The MacGuffin. Her essays and reviews have appeared in The Fiction Writers Review, where she is a contributing editor, and The Washington Independent Review of Books. She lives in Washington, D.C., and summers in Manns Choice, PA, near the Bedford Springs Hotel.

To purchase her book visit these fine retailers: