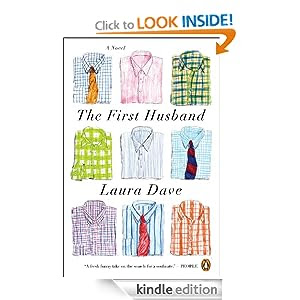 Laura Dave’s  novel is an interesting read.  Thank you to Penguin for sending this novel to me.

Synopsis:
Annie sat down to watch her favorite movie Roman Holiday.  There is one catch; every time she watches the movie something bad happens.  So the movie is often pulled out with some hesitation.  After recently watching the movie her husband Nick arrives to tell her that he wants to separate.  He needs freedom to explore what he truly wants.  Annie is devastated and goes out at the encouragement of her best friend Jordan.  She goes to the usual hotel for a drink and meets an unusual bar tender.   They soon develop a relationship which leads to a very unusual family.  Who will she choose the bar tender or Nick? How will her career play into her decision?

As I said that this novel was an interesting read.   The plot is the most fascinating aspect of the novel.  Would you choose to go back to your first husband?  Or continue with the second husband?  How does career play a part in both?  I was interested to see how the author would draw this novel to a conclusion.  I also felt that this plot line is a little new to me.

I am afraid this novel did not keep my interest as much as I would have liked.  I didn’t enjoy it as much as I had hoped considering all the rave reviews from great authors like Emily Giffin.

This Body of Death by Elizabeth George Review


I received this novel as a gift.  This is my first time reading sharing her work. 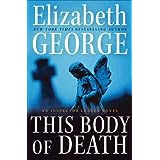 The first case we hear about is the case of the murder of John Dresser.  Three boys are accused of the crime.  Pieces from this case are woven throughout the novel.  The other case is the murder of Jemima Hastings.  Acting Inspector Superintendent Isabelle Ardery has asked Thomas Lynley to help out in the investigation and help her work with his team.  He consents to assist in the investigation that seems a little over Isabel’s head.  Meredith Powell who is a friend of Jemima’s also conducts her own investigation focusing on Gordon Jossie and Gina Dickens.   Gordon is one of Jemima’s exboyfriends who seems very suspicious.  Who killed Jemima?  Will inspector Lynley be able to help Isabelle?

When I first saw this novel I couldn’t believe how long it was.    I feel that I should give you some background on the Inspector Lynley novels, and this is the sixteenth novel in the series.  This series is set in London England in the Scotland Yard police force.   Lynley is an Inspector but doesn’t really need to work because of his family’s wealth.   The other location is Hampshire where Jemima Hastings used to live.

This novel was a little on the long side for me.   I had a hard time with staying interested.  I felt like I needed a notebook to keep track of all of the characters.    My favorite character was Barbara Havers.   She is the partner of Inspector Linley with her own style.   This character acted as comic relief throughout this novel.   I think it would be highly doubtful that I would find it worth it to read another.

Please visit Elizabeth on her Facebook page.
Posted by Jencey Gortney at 3:54 PM No comments: