So Does the Finale Create a Great End? 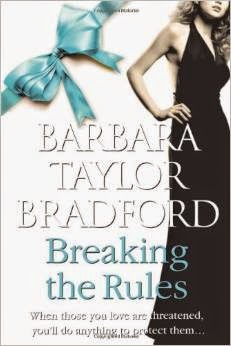 Breaking the Rules by Barbara Taylor Bradford (BTB) is supposed to be the finale of the Harte Family series.  This novel is different from the others in the series.  The plot twist is different than the normal BTB novels.

M. has come to New York to start her career in modeling.  It is off to a slow start until her friend Geo introduces her to Frankie a fashion photographer. His death seems to put M.’s career on hold until his protégé Luke takes over. He discovers and helps launch her career.  Shortly thereafter she meets actor Larry Vaughan and marries him.  All of the sudden accidents start happening around M.  Who could possibly be behind them?  Will her family survive these attacks?  What will M. do to protect them?

Before I share my thoughts on Breaking the Rules, I thought I would share about the Harte Family series.  I had did read some other reviews as I listened to the novel.  I have read the series up to now.  I probably had the same questions of what happened to Paula and her family?   Many fans had this question.  Enter the next set of novels Emma’s Secret, Unexpected Blessings, and Just Rewards.  Fans wanted to know what happened to Johnathan Ainsley.  Breaking the Rules was supposed to answer this question.

I liked the novel but had a hard time understanding the purpose of the M. character.  Or how would Johnathan Ainsley meet his demise?  The first half you the reader are given vague references as to who M. is.  Her character is basically built through the first half.  If the point was she is to stand alone and work hard for the career she desires then the author is a success.

For me the part of the novel I didn’t like was the plotting.  I felt that there were too many questions in the beginning.  Such as who is M.?   I was satisfied with the ending.   Then I vaguely remembered from reading Just Rewards that Paula had another daughter Emma.  Once I made this connection it was an Aha moment for me.  I also was not a fan of the narration of the novel because it did not distinguish the characters separately very well.

Can Bella Take a Chance? 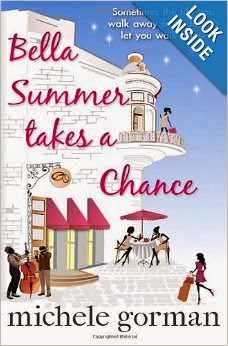 Michele Gorman recently released Bella Summer Takes a Chance through Notting Hill Press.    She explores the question.  Can one have passion in a relationship?  Would you agree that his particular ingredient is needed?

Bella has just broken up recently with her boyfriend Mattias.  Have they really broken up?  Bella also known as B. continues to see him.  Her plan is to see other guys while enjoying her trip to Zurich for work.   Where will fate take her once the trip is canceled and the job is no more?  Her friends encourage her to get back together with Mattias.  That it is fate and just be happy. Is it really possible to have love that is full of passion?  B. evens consults her friend Marjory the elderly mentor who has had a full life but also tries to help her in her search.  Will she truly find what she is looking for?

This is the second Michele Gorman novel that I have had the opportunity to share with you.  I thought that it was definitely different and showed particular growth by author in her writing style. Also her characters came across as very authentic and with real struggles that are relatable.  I was not a fan of B.’s desperation at times with her relationships.

The question of what is more important in a relationship having passion or just settling?  Most single people would refer to B.’s dilemma as just settling with Mattias.  The great question is can there be absolute passion in a relationship?  For me the answer is sure but what makes a relationship truly last?  To me this would be great passion and friendship. I don’t know that I would see Mattias as settling.  Like B. I would want the most out of life and the people I encounter.

Good afternoon!  I  hope you all are enjoying celebrating Father's Day.  Please don't forget the current Giveaway for The Glass Kitchen.  You can find it in the top right corner of the blog.  So let's get to the mail.

Elly In Love by Colleen Oakes

I am currently reading: 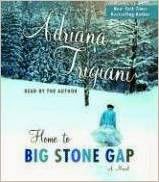