I am inviting you to a journey that will have you both laughing and crying. In her

debut novel Saving Ceecee Honeycutt Beth Hoffman introduces us to Cecelia Rose Honeycutt (Ceecee).  She has not had it easy.

Ceecee has had to take care of her ill mother for as long as she can remember.   Her father has been absent most of her life.  One day as her mother was returning from the Goodwill she was hit by an ice-cream truck.  As a result of her death Ceecee ends up moving to Savannah to live with her Great Aunt Tootie.  This move seems to have opened many doors for her which had been closed before.  She gets to experience true family which includes her Great Aunt Tootie, Oletta, and her one friend Mrs.  Odell.  What more could this summer bring?

This novel is not one that I would have chosen to pick up initially.   I continued to hear great praise for Saving Ceecee Honeycutt even from a friend Melissa Amster.  She encouraged me to take another look at it.

I liked the novel!   I found it charming because of how it evokes the southern charm.  There quite a bit of humor throughout where the author uses a sense of irony to pock fun at her characters.  I don’t know that I could find much to say that I didn’t like.    The characters were great.  Ms. Hoffman did a great job of capturing the mind of a twelve year old.   It is not easy to write from a perspectives that aren’t as familiar to one in age.  I wished that I could be part of this family!  I would be interested to see what happens to Ceecee in the future. 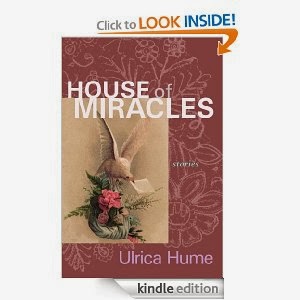 House of Miracles by Ulrica Hume 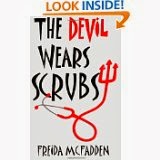 We are excite about the upcoming feature we will have for Read for Pink.  We will share details soon!  Don't forget the giveaway for The Good Wife by Jane Porter.
Posted by Jencey Gortney at 4:56 PM No comments: