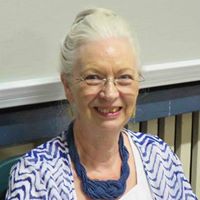 I write about mature love – sometimes called seasoned romance, or boomer lit - women in their 40’s, 50’s and 60’s. I set my books in places I’m familiar with and like my readers to feel they’re meeting old friends in them.

Growing up in Scotland in house full of adults, I often listened to my aunt tell her story of the man she’d loved and lost. When I began to write fiction, I knew her story was one I had to tell, but for a long time I couldn’t work out the best way to do it.

Finally, when writing Broken Threads, a book set in Australia, where I now live, I set upon the idea of introducing a minor character, Bel, who had an aging aunt in Scotland, who had a story to tell.

The Good Sister is the tale of what happens when Bel return to visit her terminally ill aunt and reads the memoir the old woman has written.

Isobel has always been the ‘good sister’ of the family, and the reader follows her story from the 1940s through to the present day, as she recalls a time when young women were expected so save themselves for marriage, how that pressure can dominate a relationship, and ultimately change lives.

It is a beautiful and touching story about love in the 1940's and in the decades after that, about finding love when you are in your twenties, forties, sixties or nineties. And about the blessing and curse family can be.

The Good Sister is my seventh novel and the first I have set in my native Scotland. 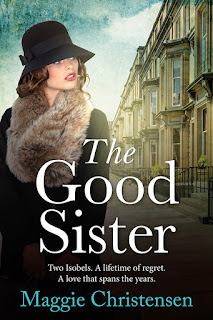 In 1938, as the world hurtled towards war, twenty-year-old Isobel MacDonald fell madly in love. But fate and her own actions conspired to deny her the happiness she yearned for.  Many years later, plagued with regrets and with a shrill voice from the past ringing in her ears, she documents the events that shaped her life.

In 2015, sixty-five-year-old Bel Davison returns from Australia to her native Scotland to visit her terminally ill aunt. Reading Isobel’s memoir, she is beset with memories of her own childhood and overcome with guilt. When she meets her aunt’s solicitor, events seem to spiral out of control and, almost against her will, she finds herself drawn to this enigmatic Scotsman.

What is it that links these two women across the generations? Can the past influence the future?

You can purchase The Good Sister here.

Maggie Christensen is available on these platforms: