Meet Kimberly Belle author of The Last Breath and Giveaway 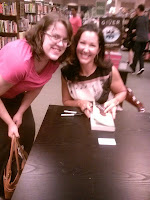 Meet Kimberly Belle a debut author of  The Last Breath.  She is here to share what the Last Breath is about.  I got a chance to meet her a few weeks ago.    She has a copy to giveaway for this book.   Please follow the rafflecopter.   This giveaway will run from November 20-30 at midnight. Only open to US Residents.

For humanitarian aid workers like GIA ANDREWS, home can mean a lot of things. A two-bedroom ranch behind a picket fence. A fourth-story walkup in the city. A mud hut under a banana tree. A country on a passport.

But for Gia, home is the place where she will always be known as the murderer’s daughter.

Sixteen years ago, Gia’s father, RAY ANDREWS, was convicted of murdering her step-mother, ELLA MAE ANDREWS. Gia has spent the years since chasing disasters around the globe in an attempt to escape her own. It’s not just a job but a lifestyle, one that soothes her gypsy soul and keeps her half a planet away from her personal ground zero. But when her dying father is released on a technicality, Gia reluctantly returns home to rural Appalachia to face her past.

Back home in Rogersville, a tiny blip on the Eastern Tennessee map, she resumes her role as daughter of the town’s most infamous murderer. A role complete with noisy protesters on her front lawn, reporters who ambush her all over town, and eager gossips who consider her misfortune fair game.

And she finds herself largely alone. Her siblings, BO and LEXI ANDREWS, refuse to have anything to do with their father, and her uncle CAL ANDREWS, a feisty attorney known as the Tennessee Tiger, is too busy sweet-talking judge and jury in Knoxville to visit more often than an occasional weekend. Gia’s only company besides her sick father is colorful hospice nurse FANNIE MILES, pure Appalachia in yellow and lilac scrubs.

Emory Professor of Law JEFFREY LEVINE is so convinced her father is innocent, he’s writing a book about the case. He raises questions about the testimony of DEAN SULLIVAN, the neighbor who claimed he saw Ray break into his own house the night Ella Mae was murdered. Gia is still uncertain. As much as she’s always wanted to believe her father’s claims of innocence, the shadows on her doubt run in both directions. 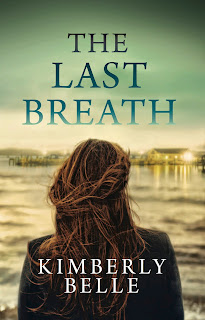 Thank your God of choice for JAKE FOSTER, charming owner of the Roadkill Bar and Grill in town, who provides a welcome distraction in the form of good food and better sex. Their relationship is simple, uncomplicated, easy. And temporary. Gia has no intention of falling for a man who’s made his home in a town she vowed never to return. Her heart, what’s left of it, is her own.

But the worse things get at home, the more she can’t get enough of Jake. For Gia, he’s like a mini-vacation from the stress of her life back home in Rogersville. Before long Gia is hooked, body and soul.

One night, a conversation in Jake’s truck jiggles loose a long-forgotten memory of Ella Mae and Dean. Gia doesn’t need a Professor of Law to tell her that if Dean and Ella Mae had been lovers, Dean had motive. Motive to lie on the stand. Motive to point the finger at Gia’s father. Motive to murder.

Sixteen years ago, Gia ran. This time around, she’s determined to stay long enough to discover the truth. Gia tells Jeffrey about Dean and asks him to go public with the affair. She informs her siblings, who put aside their guilt long enough for a shaky reconciliation with their father. And she and Jake confront the reclusive alcoholic Dean, who admits to the affair, hints at his guilt for murdering Ella Mae, and tells them Ella Mae had been pregnant. Only now that Dean’s become the crazy town drunk, will anyone besides Jake and Gia believe him?

But folks in Rogersville love a good scandal, and they pounce on Dean’s. The protesters pack up their bullhorns and signs and go home. They’re replaced by a friendlier crowd of former friends and neighbors, driven by guilt and curiosity, who come to hold vigil.

Inside the house, the family gathers around Ray’s bedside, where Ray reveals Jake is Ella Mae’s child, the son she gave up for adoption at birth. Gia is furious and heartbroken by Jake’s lie of omission, and she can’t find an ounce of forgiveness for him in her too-scared, too-scarred heart.

Ray’s last days are turbulent, and he’s not always lucid. He confuses Fannie for his long-dead mother, and he mistakes Gia for Ella Mae, shocking Gia with the amount of anger he feels toward his former wife. Hallucinations? Gia is unsure. And then the professor calls with news that Dean had an alibi the night of the murder, and just like that, Gia’s father shifts back up to prime suspect number one in her mind.

Gia has to know for sure. While the rest of the house is asleep, she sneaks downstairs and wakes Ray, pretending to be Ella Mae. He’s scared and sick enough to fall for her trick and confirms what Gia already suspected: Ray is Ella Mae’s killer.

Gia refuses to keep any more secrets. She orders Cal to tell Bo and Lexi, then heads to Roadkill to tell Jake that her father murdered his mother. Their relationship ends on the very same barstool where it began.

By the time she returns home, her father has died and Lexi is storming out. On the front lawn, Gia and Lexi are confronted by a crazed and armed Dean, who blames Gia for spreading talk of the affair around town and the entire Andrews family for the way his life fell apart after Ella Mae’s murder. Jake, who followed Gia home for another attempt at reconciliation, arrives a few minutes later and puts himself between Gia and Dean, taking the bullet meant for Gia.

Almost losing Jake puts things into perspective for Gia. She realizes that every single decision she’s made in the past sixteen years has been motivated by an attempt to escape her past. In order to build a life worth living, she has stop allowing her past to influence her future. That means finding forgiveness for Jake, but more importantly for her father, even if she will never be able to forgive his actions. Only then will Gia be able to still the gypsy in her soul and write her own happy ending with Jake.


Kimberly Belle grew up in Eastern Tennessee, in a small town nestled in the foothills of the Appalachians. A graduate of Agnes Scott College in Decatur, Georgia, Kimberly lived for over a decade in the Netherlands and has worked in marketing and fundraising for various nonprofits. Her debut novel, THE LAST BREATH, was published by Harlequin MIRA in September 2014. She divides her time between Atlanta and Amsterdam. 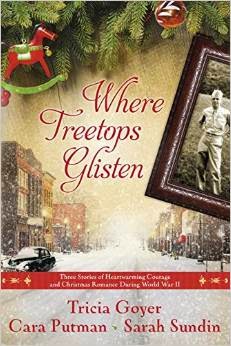 Thank you to Litfuse and Waterbrook Press for a copy of this novel.  I was given a copy for an honest review.  This novel has three great authors of Cara Putman, Tricia Goyer, and Sarah Sundin.  Each author wrote a story of a child in the Turner family that have a Christmas to remember.

Grandma Louise is excited for Christmas to come each year, but with a second world war what will happen to her grandchildren?  Will Abigail be able to heal from the loss of a loved one at Pearl Harbor?  Will Pete be able to find purpose after seeing combat in Europe?  Or will Meredith be able to forgive losing a true love as she serves the wounded troops in Europe?

My one regret was that I didn’t have one afternoon to just sit and read this novel through to the finish.    Something that will be helpful to readers is to know that these stories take place at the Christmases from 1942 to 1945.  I was a little lost at first and didn’t put the details together at first when these stories took place.

I spent the first years of my life in Missouri and often spent Christmases in Illinois.  I remember crossing the Wabash River.  Since this river is mentioned as a setting for the story I looked it up on google maps to see where Lafayette Indiana is.

What a great setting for a Christmas story!  It definitely captured the magic of Christmas and celebrating the savior’s birth!

Is Your Path a Constant One? 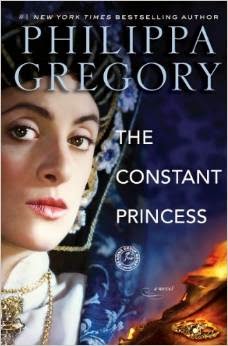 The Constant Princess is the first novel in the Tudor Court Series by Philippa Gregory.  When the novel begins we meet at the major players of the story.  The English court is the court of King Henry the seventh and his Queen Elizabeth of York.  Lady Margaret is still present and rules the family.

Princess Catherine has grown up in the court of Spain.  She is the daughter of Isabella and Ferdinand, and promised in marriage to the young Prince Arthur.  She is excited to do her part for Spain, her mother, and God.   She is anxious to continue her parent’s mission.   Will the English support it?  Are her parents right to have the mission against the moors and expanding christianity?  When Arthur dies will she be able to continue the mission that she promised him?

I am always interested in picking up a Philippa Gregory novel.  Since the story basically has some of the same characters in Cousins War (See White Queen, Red Queen, and the Kingmaker’s Daughter).  For me it was interesting to see how the son of Elizabeth of York who is Henry the Eighth grew to be.  What role Queen Catherine played in his life?  One observation I had is how well Philippa Gregory write these characters.  I would love to know how she brings these characters to life with such extensive research.  I was not a fan of the character of Catherine and her deceit towards the royal family.

The setting is England and the castles of the Tudor Royal family.  Catherine narrates the story and it is told from her point of view.  I felt sorry for her in the end.

The next book in the series is the Other Boleyn Girl.