Thank you Lori for sending me this copy of Momnesia.  There is also a giveaway of Momnesia that involves a treasure hunt.

Michelle runs her own business, children, and husband.   She does not want to run everything by herself.  The decision becomes how to change  in hopes that it might get her husband to pay attention.   She defines herself as having Momnesia:  “Loss of the memory of who you used to be.  Caused by pregnancy, play dates, and trying to keep the house cleaner than the Joneses.”   Will she be happy after all these changes? Or will Paul notice?

I had heard many good things about this novel.  I am always very supportive of books that focus on change.    I was not as connected as I would like to be.   I have never been married and could not exactly identify with the Momnesia.   I feel that wives will enjoy this book about a relationship that isn’t quite what one hopes.   They will also see the humor in Michelle’s adventure in changes and family life.

If you could do anything differently what would you do?  How would you pursue those hobbies?  Are you ready for you next task?

Please check out Lori’s website to enter the  Treasure Hunt.  Enter rafflecopter below.  This giveaway is open to US Residents only on Writer's Corner.  An e-mail is required for entry for the giveaway on this site.

a Rafflecopter giveaway
Posted by Jencey Gortney at 5:00 AM 16 comments: 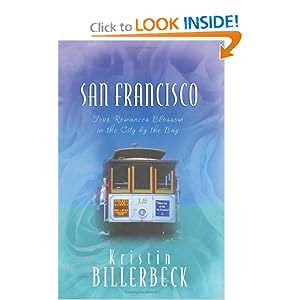 Grace has been on her own since son Josh has entered her life.  One day Josh mentions that he has made a new friend at school in fireman Mike.  Grace has her doubts about this relationship and feels that Mike might be intruding in their lives.  Should Grace change her mind about Mike and let God take control?

Stefani Willems believes she knows her path and what her goals are.  She is close to getting the house and reclaiming her family’s land.  When the deal for the house and land does not go as planned will she have room in her heart for the new owner?

Tess has been caring for her brother Robby since their mother passed away.   She believes that her plan to marry her fiancé Clark is all set, and nothing should change it.  Enter Greg the new social worker who challenges everything that Tess believes about her future and what is best for Robby.

Emily was Josh’s teacher and fireman Mike’s ex-girlfriend in the first story but is there really a love story for her?  Emily meets this man Darin at a mutual friend’s wedding.   Darin is different from any man that she has ever met or her mother would approve of.  Darin is new in his beliefs in Christ.   What future does their relationship have?

I am quite the fan of Kristin Billerbeck’s work.  I liked this novel.  The stories were well plotted and have interesting characters.   I was surprised with strong the female lead characters are.  These men had a hard time cracking the independence of these women.  I found it hard to read about the situations that these women found themselves in.  While this might be difficult I did want to see how it turned out.

In My Mailbox October 27th 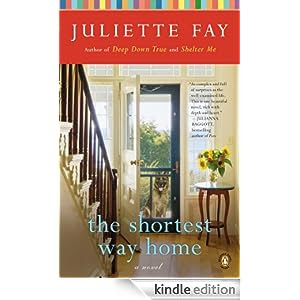 The shortest way home by Juilette Fay from netgalley 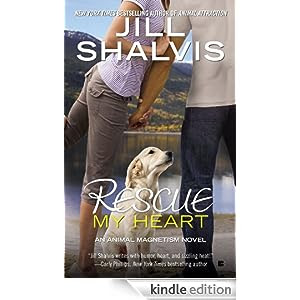 Rescue My Heart by Jill Shalvis from netgalley

The Angels of Ropemaker Place by Jamie Scott

Please join us for Read For Pink.  The books are listed at the top right hand corner of the page.

There is also a huge giveaway coming. 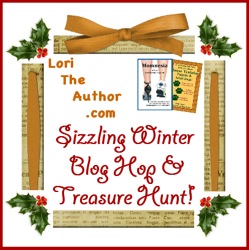 This giveaway is from November 1-December 16th.