Who Do You Love? 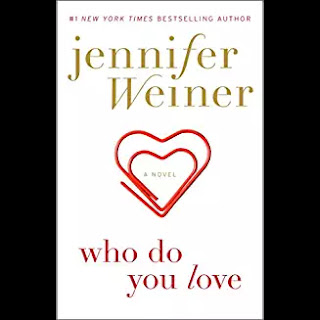 Who Do YouLove is the most recent novel by @JenniferWeiner. She has more recently published her memoir and a children’s book.  Have you ever had friends that just stick with you through thick and thin?  Rachel and Andy’s story is just that.  A great read for over the holidays!

Rachel was born with a congenital heart problem which keeps her in and out of the hospital.  One night in the hospital she makes her way to the emergency room and meets Andy.  He is there for a broken arm that occurred while on vacation.   They enjoy one another’s  company.   They both grow up in different places but are reunited on a mission’s trip to Atlanta.  Once there a passion grows but will it be enough to unit their differences?  Rachel becomes a social worker and Andy becomes a famous track star.  Will fate end up bringing them together again?

I liked the story.  It was not a favorite like some of the other Jennifer Weiner novels.  I thought she did well to write characters with such depth as Andy and Rachel.  The story alternates their points of views.  I thought that the Olympics angle of Andy’s story was very interesting to read.

The story is set in southern Florida where Rachel grew up.  Then it proceeds to Philadelphia and Andy’s story.   It is written with the same sense of humor and grace that Jennifer writers all her novels.

You can find Jennifer’s current work out at your favorite retailers.   Please you can purchase a copy of HungryHeart and The Littlest Bigfoot here. 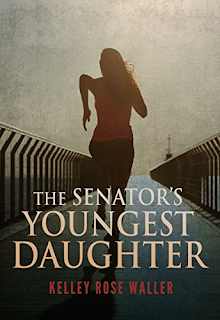 Are you looking for a little "peace of earth" this Christmas? Books are a great way to fit the right gift to the right recipient!  Even if a person on your "nice list" isn't a big reader, you can find a huge selection of beautiful coffee table books featuring photography to suit their taste: hunting, sports, art, wine, cooking, even vacation locales.
For those who enjoy the smell of fresh pages or the gentle glow of an eReader's screen, the possibilities are expanding by 2,700 books per day by some estimates. (Over 1 million books are published each year; do the math!)

If you've got any novel lovers in your gift-giving circle, The Senator's Youngest Daughter is a great item to wrap up. This political thriller challenges expectations for its genre with a female protagonist, a family-centric message, and conservative political ideals. By purchasing a copy (either eBook or paperback) you are supporting the self-publishing industry and helping to give independent authors a chance to share their stories.

Within the pages of this thriller, you'll meet the McFerren family.  Family patriarch and senator A.C. McFerren has been missing for more than six months. The obvious prime suspect in his disappearance is the homegrown terrorist group known as the Army of Social Justice.  Searching for her kidnapped father leads Brenna McFerren Jefferson to the terrorists’ elusive “Death of Government” headquarters, known as The Doghouse. But nosing around where the federal government won’t investigate puts a target on her family and sets in motion a rebellion she isn’t prepared to lead.

Dreams of liberty cause the Senator’s daughter to disguise herself for undercover recon, recruit a high-ranking defector, and partner with a subversive news agency that combats government propaganda. As Brenna’s strength and family ties are tested, she unites a political party that commands the power to transform the United States. Relevant and engaging, The Senator's Youngest Daughter will have readers cheering, sneering, and turning pages with energy.

The Best Reads of 2016 from Writers Corner 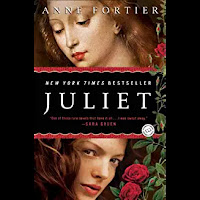 Happy New Year!  My apologies for being a little behind this month!  I thought that I would share the top novels at Writer’s Corner in 2016. Once again these novels may or may not have been published in the previous year. Drum roll please…The novels are:

The first novel is Juliet by Anne Fortier

Julie and Janice Jacobs are going home to deal with the death of their Aunt Rose. The will is read and Janice gets the house and everything in it. Julie gets a key with a plane ticket to go to Italy. Her mission is to find out what her mother wanted her to know about the past and a possible treasure. Julie Jacobs becomes Giulietta Tolemeis which is her given name. Part of her search is to search for Romeo and all the people that are connected to the story. Julie picks up a box that includes a story about the real Romeo and Juliet. What was there story? How can the current Romeo and Juliet break the curse placed on the houses of Tolemeis and Salimbeni? Will there be a happy ending? 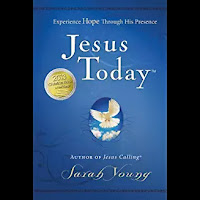 The introduction of this book begins with the background of Sarah Young. She has also fought chronic illness, and is open and honest about her journey. Sarah uses her experience with her illness to inspire others. This journey is full of compassion and warmth for her audience.

Each page shares a saying or an inspired message. The book is intended to be a devotional book. There is a message to uses parts of the bible. Each entry includes many bible verses on the opposite page. There is a section that separates the weekly entries. It can include quotes or bible verses. That includes some quote that may or may not use a bible verse. 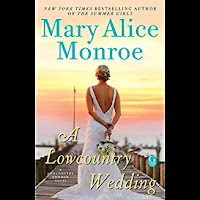 It is time to plan the weddings for both Harper and Carson. What about Dora? She has moved on since the divorce and her relationship and life seem to be moving forward with Devlin. Will she marry him? Harper is the owner now of Sea Breeze and Mamaw has moved to the cottage. Will owning Sea Breeze cause problems between Harper and Tyler? What about Granny James and her idea of a prenuptial agreement? Then there is Carson who is coming back from her job. Will she stay committed to Blake? And then there is one more surprise every wedding needs a pastor to officiate. Atticus Green becomes the perfect candidate to officiate the weddings. He has other reasons for being there as well. 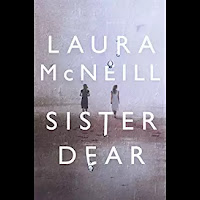 One of my favorites this year is Laura McNeill’s Sister Dear:

Allie Marshall is getting her release from prison, and her freedom back. Once she is out she can go about investigating who really committed the murder she went to prison for? This crime has cost her ten years of her life. Allie has no relationship with her daughter Caroline. Her only visitor has been her sister Emma. What happened? Will Allie find the answers she is looking for and prove her innocence? Will Caroline be willing to give her mother another chance?

To round out the top five here is The Forgotten Room by Karen White, Beatriz   Williams andLauren Willig 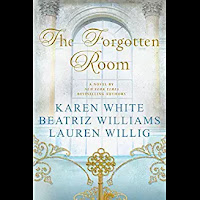 Olivia Van Alen is a maid in the Pratt mansion in New York. She has taken the post to get revenge for her father’s death. Will she be able to find the proof that she needs? Or will she be distracted by one of the sons? Their story remains a secret until we meet Lucy Young who takes a job with a law firm. Her boss is a Schuyler and one of his clients is a Ravenel. When Lucy is asked to take this client out will she find that they have more in common than she thought? Then in the Second World War the mansion has become a hospital. Doctor Kate Schuyler who is Lucy’s daughter makes a case for taking on an extra patient. This patient is Cooper Ravenel. What will they discover about their common pasts?

Other favorites of this are: