Could Your Worst Enemy Be Your Best Friend? 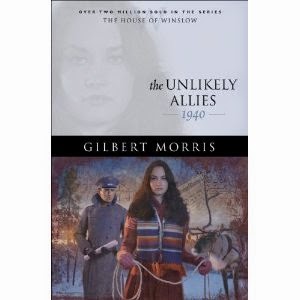 Could you trust someone who is supposed to be your enemy?  Would your mission be the same?  How does God’s plan figure into this story?  The author Gilbert Morris answers these questions and more in his novel Unlikely Allies.

Mallory is excited for the next part of her life to begin.  She has grown up as a missionary kid.  Her choice of career is to a missionary to the Lapps in Norway.  Mallory’s work seems to be going well, until World War II reaches Norway.  She is conflicted about whether she should participate in the resistance or not?  Miles away in Germany another SS officer is having second thoughts.  Derek Gruber wants nothing to do with this war but to persue literature and writing, and a chance to be with his first love Rachel.  Derek gets news that absolutely devastates him which leads him down a grim path.  What will happen for both Derek and Mallory as the war progresses?

I am down to my last three House of Winslow novels.  I really liked Unlikely Allies.  I wondered how the author would end up bringing these two characters Mallory and Derek together.  Something that came up as I read this novel is who the real historical characters are. The author is known for putting in at least one.  So who are they in this novel?   The answer is the Lapps are the truly historic part of the novel.  I have no doubt that some of the SS military mentioned are as well.

I thought the plot is unconventional with bringing a Nazi changing side.  I thought it was interesting the way the Lapp people.  What I enjoy most in the historical novels is reading about the resistance and their role in fighting the Nazis like in this novel or the Japanese in others. This novel is very enjoyable!

Join the Adventure Through Wonderland! 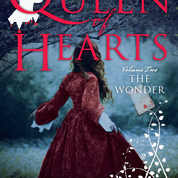 Thank you toBookSparks PR and Sparks Press.  This is the second installment of the Queen of Hearts series.  The first novel in this series introduces us to Dinah and the others in the castle in Wonderland.  What will happen in this phase of her journey?

Dinah has fled Wonderland Castle with her stead Morte.  Morte used to belong to her father the King of Hearts.  Why has she left?  What are they running from?  Where will she go?  What happens when the King of Hearts catches up to his daughter?  The answer comes in Sir Gorann he helps Dinah escape capture and head to the king’s enemy Yurkei.   The way is not easy for Dinah she must learn a great deal about herself and what she is capable of.   A final question comes that changes everything for Dinah and her path.  What will she choose?

I have not read the previous novel in this series by Colleen Oakes.  I chose to share this novel because I am a fan of the authors work.  I was not aware of who Dinah (Princess or Queen of Hearts) is.   The first fifty pages tells the story of what led to Dinah’s escape.  The rest of the story leaves you wanting to find out what will happen next.
The characters of this novel are very distinct.  Dinah has her strengths and her weaknesses.  What could she learn from being naive at the beginning of the novel to the grown women at the end?   How does the king’s behavior impact those around him?  The choices of each character determines how the plot will proceed in this novel.

When I finished this novel it reminded me of the dystopian society.  What will happen in the third installment?

The Help Tells All! 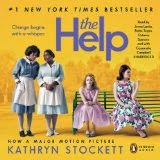 The Help Kathryn Stockett’s debut novel is on Writer’s Corner. I listened to the whole novel.  There were four narrators who told the story Octavia Spencer, Jenna Lamia, Bahni Turpin, and Cassandra Campbell for this journey.  Are you ready to step back in time?

Skeeter Phelan has just graduated from Ole Miss with a degree in journalism.  She wants to be a writer.   Her friends Hilly and Elizabeth along with her mother would just like to see her settle down.  Skeeter has other plans like writing the Ms. Myrna column each week for the Jackson newspaper.  Her dream job is as an editor at Harper and Row. Ms. Stein who works for Harper and Row as an Editor gives Skeeter some advice, and tells her to find a story a cause worth writing about.  What could that story be?  Look no further than the help in Jackson.  Abileen is the maid for her friend Elizabeth who also helps her with her column.  Skeeter asks her to help with a special project.  This project would tell the story of the maids and their white employers.  Is this a story worth telling?  Events surrounding their work lead Skeeter and Abileen to believe in their project, and so they enlist the aid of Minny Jackson.  Will the story be told?

The Help is an entertaining novel!  A great debut by author Kathryn Stockett!  The setting is Jackson Mississippi in the early 1960s.   This novel is peppered with colorful characters such as Minny Jackson, Skeeter Phelan, Hilly Holbrook, and Celia Foote.  I did feel that this novel dragged in some places.  I wanted to know if Skeeter and Abileen be successful?  How would their actions affect those around them?

I listened to the audio of this novel and it had four narrators.  I thought that each narrator brought something to this project.  I especially enjoyed the exchanges between Celia Foote and Minny Jackson.  These narrators truly brought these characters to life and conformed to the setting of the novel.

Please visit Kathryn on her Facebook Page and Her website.
Posted by Jencey Gortney at 2:00 AM No comments: