Lisa Becker Shares her Thoughts on Casting the “Click” Trilogy


I’ve often been asked how I would “cast” my trilogy (which includes Click: An Online Love Story, Double Click and the newly-released final installment, Right Click) if the books were made into a movie or series of movies.

Let me just put it out there in the universe that I would LOVE to see these hit the big screen.  I’ve often said the books marry the friendships of “Sex and the City,” the epistolary nature of “Bridget Jones’ Diary” and the online love story of “You’ve Got Mail” to be light and breezy stories for anyone who's ever been dumped, been in love, had a bad date or is still searching for "the one."  Considering 1 in 5 relationships today now begin online, the time is right for a modern digital love story with a lot of heart and humor.

That being said, these would be my recommendations and a brief rationale for each.

Feel free to check out this fun series that reviewers and bloggers are calling, “clever,” “hilarious” and “full of fun.”

Click: An Online Love Story - Fast approaching her 30th birthday and finding herself not married, not dating, and without even a prospect or a house full of cats, Renee Greene, the heroine of Click: An Online Love Story, reluctantly joins her best guy pal on a journey to find love online in Los Angeles. The story unfolds entirely through emails between Renee and her best friends (anal-compulsive Mark, the overly-judgmental Ashley and the over-sexed Shelley) as well as the gentlemen suitors she meets online. From the guy who starts every story with "My buddies and I were out drinking one night," to the egotistical “B” celebrity looking for someone to stroke his ego, Renee wades into the shallow end of the dating (cess)pool and endures her share of hilarious and heinous cyber dates. Fraught with BCC's, FWD's and inadvertent Reply to All's, readers will cheer, laugh, cry and cringe following the email exploits of Renee and friends. And ultimately, they will root for Renee to "click" with the right man.

Double Click - Fans of the romantic hit Click: An Online Love Story will enjoy another voyeuristic dive into the lives of Renee, Shelley, Ashley, Mark and Ethan, as Double Click picks up with their lives six months later. Are Renee and Ethan soul mates? Does Mark ever go on a date? Has Shelley run out of sexual conquests in Los Angeles? Will Ashley's judgmental nature sabotage her budding relationship? Through a marriage proposal, wedding, new baby and unexpected love twist, Double Click answers these questions and more. Readers will continue to cheer, laugh, cry and cringe following the email exploits of Renee and friends.

Right Click - Love. Marriage.  Infidelity. Parenthood. Crises of identity. Death. Cupcakes. The themes in Right Click, the third and final installment in the Click series, couldn't be more pressing for this group of friends as they navigate through their 30's. Another six months have passed since we last eavesdropped on the hilarious, poignant and often times inappropriate email adventures of Renee and friends. As the light-hearted, slice of life story continues to unfold, relationships are tested and some need to be set "right" before everyone can find their "happily ever after."

What actors would you cast in a film adaptation of LOOKING FOR ME? 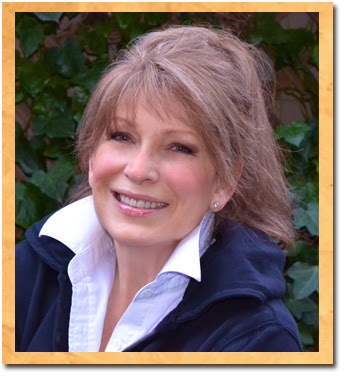 Thank you to Beth Hoffman to day for stopping by Writer's Corner.  She is sharing how she would cast Looking For Me.   She is currently touring to celebrate it's release to paperback.

Teddi Overman  - Rachel McAdams wins the lead role. Her voice and physical characteristics are spot-on. There’s something about her that’s “real” and unaffected.

Josh Overman – Josh has few spoken lines, yet he’s a driving force in the story. A loner with an otherworldly connection to nature, his underlying energy is volcanic. Logan Lerman resembles Josh physically and has the intense look.

Henry Overman – Without a doubt I’d pick Sam Shepard to play Teddi’s dad. He has a rugged and powerful screen presence that’s perfect for a war veteran and farmer.

Frannie Overman – Sissy Spacek would be brilliant as Teddi’s mom. She plays rural Southern characters like nobody else. When she takes on a roll, she owns it. 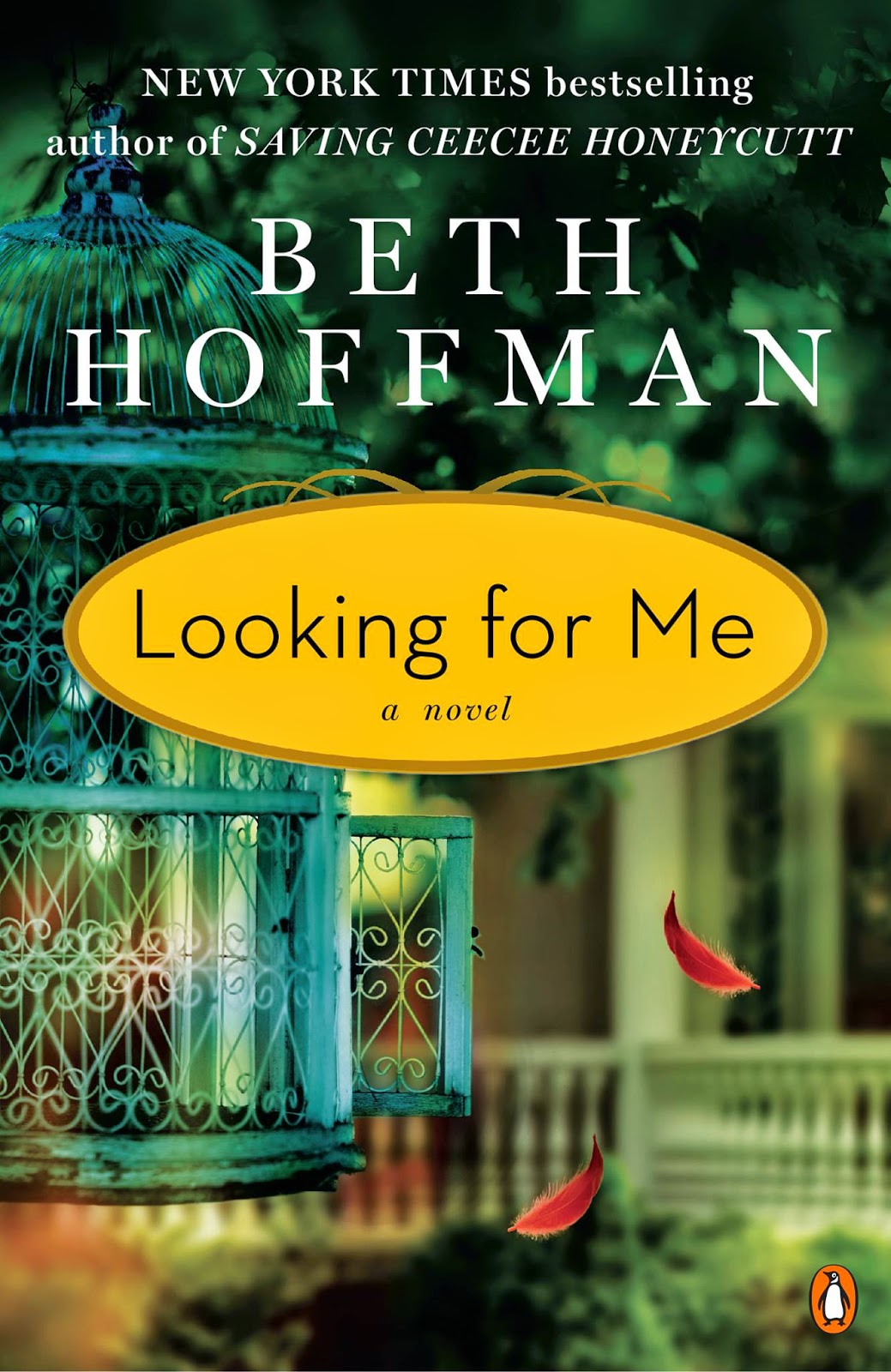 Albert James Pickens – This role was made for Dennis Haysbert. He has the low voice and demeanor to play Albert and, like Albert, he’s physically formidable.

Olivia Dupree - I think Debra Messing would be terrific. She’s got that fiery, funny, whacky and vulnerable way about her that reminds me of Olivia.

Grammy Belle –Ellen Burstyn’s voice has a unique quiver and lilt, and there’s a softness and wisdom about her that radiates on screen.

Sam Poteet –This small but important role goes to Jon Hamm. He has the talent, looks, voice, natural mannerisms, and same sense of humor as Sam.

Stella Rose –Kathy Bates would be ideal as Stella in every way imaginable. I believe that just about everyone who has read LOOKING FOR ME would agree.

Inez – I can’t imagine anyone playing this feisty, sarcastic, and smart character better than Rhea Perlman. And the bonus is that she’s tiny like Inez.

Stars In My Eyes By Julie Shackman 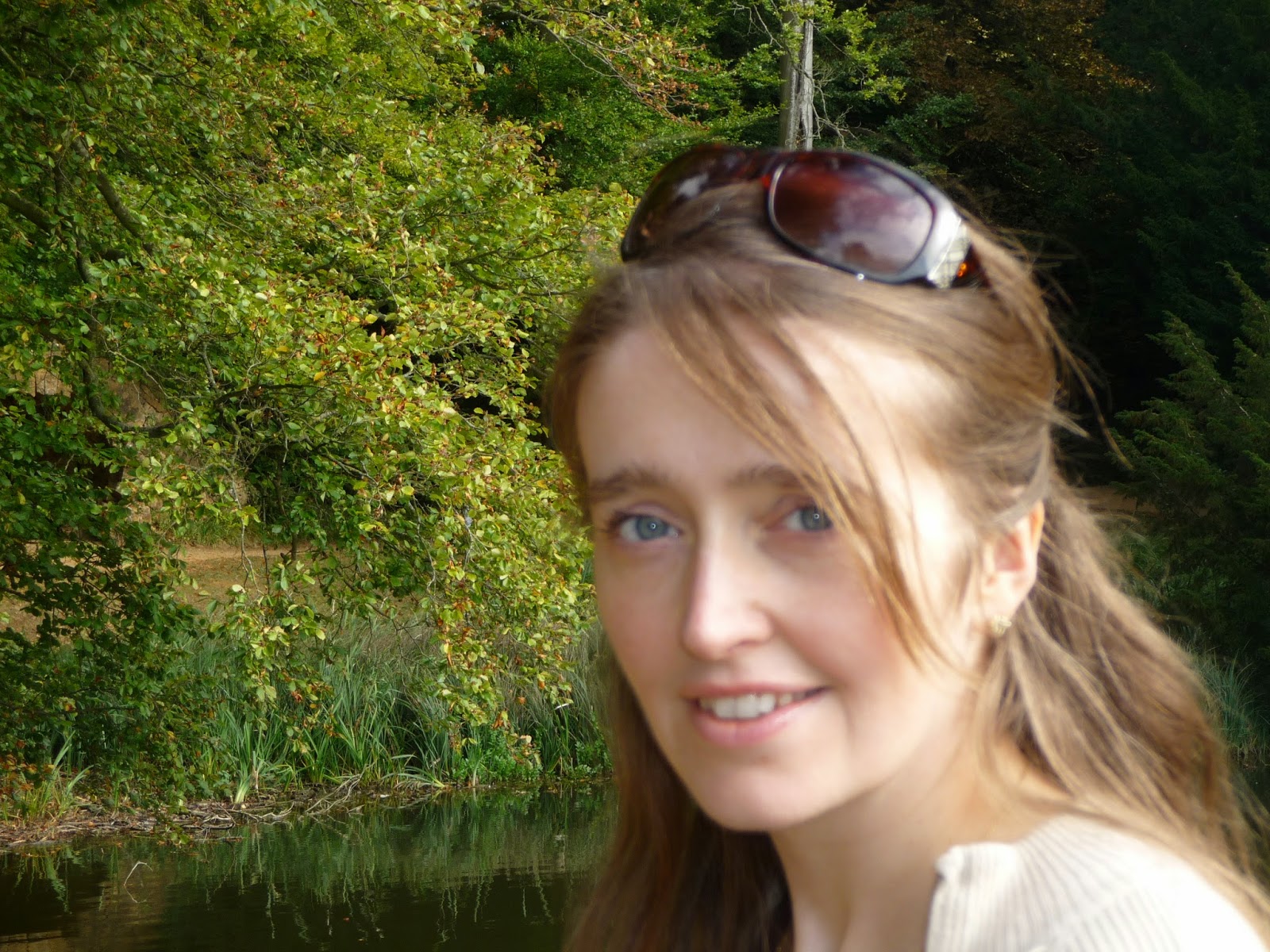 When Jencey told me the subject of her anniversary Guest Posts was, “Who would you cast in your novel?” I was delighted, as I’m sure the other writers were as well.

This is something I think a lot of writers hyperventilate over (or at least I do). Imagining your novel coming to life on the screen (big or small) and seeing actors talking your words.

With my contemporary romance novel Rock My World, I had a rough idea right from when I started jotting down ideas and characters, who I could imagine (or hope!) would portray my characters.

Stevie Vee, my ghostly 80s rock singer, is charismatic, talented and has a waterfall of brown curls Jon Bon Jovi would have been envious of. For me, somebody like the lovely “Musketeers”, “Merlin” and “Heroes” actor Santiago Cabrera would make the perfect Stevie. He has presence in bucket loads; possesses a definite twinkle and has the class and charm of the many of the dashing film stars of the 1940s. 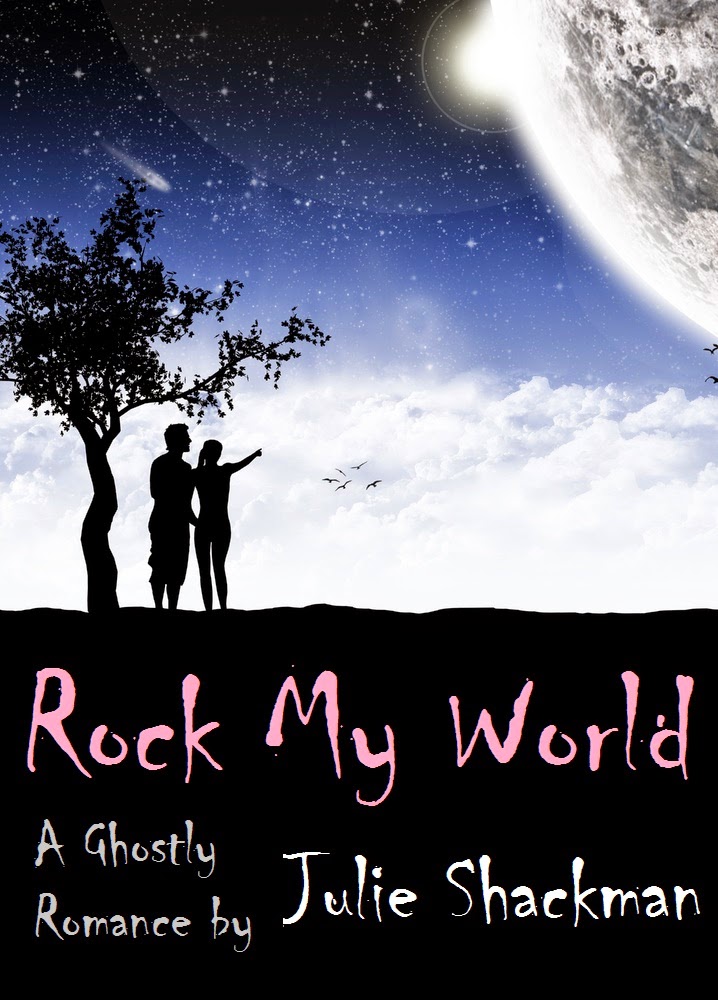 For my hero, the sexy, arrogant journalist Matt Jardine – there is only one man for me – Bradley Cooper. Combine that lupine grin with those wolfish eyes and the toffee coloured, messy hair and he is Matt.  He is confident, attractive and flirty, with understated charm – he would portray Matt Jardine perfectly, in my opinion. There’s also a slight edge to Matt which makes him even more appealing and Bradley Cooper seems to have perfected that in every role he undertakes.

For my protagonist, the passionate, arty but often clumsy Ruby Cameron, I think Natalie Portman (with blonde curls) would make me weep.  She seems to effortlessly portray her characters with depth, vulnerability and a hint of defiance, that Ruby often has!  She also has dreamy eyes and an innocence about her, which can be breath-taking.

For my villain, the dark Peter de Marlow, somebody like the fab “Musketeers” and “The Hobbit” actor Ryan Gage would be heavenly.  He makes acting look easy and has the type pf screen aura and smile that you cannot ignore.  Ryan Gage would make Peter de Marlow an intimidating, intelligent and calculating “baddie” with a definite swirl of the debonair.

So there you have it – I’m back in the real world now!
I hope you enjoyed reading my fantasy cast for Rock My World.  Oh and if Mr Spielberg or any other Directors are reading this, please call me…!

Here are the links where you can find Rock My World to purchase:   Amazon UK  and Amazon.