What Do You See In the Night Sky 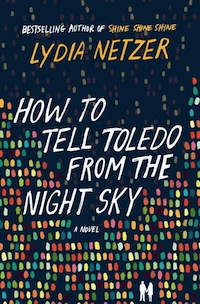 HOW TO TELL TOLEDO FROM THE NIGHT SKY is a mind-bending, heart-shattering love story for dreamers and pragmatists alike, exploring the conflicts of fate and determinism, and asking how much of life is under our control and what is pre-ordained in the stars.

Beyond the skyline of Toledo stands the Toledo Institute of Astronomy, the nation's premier center of astronomical discovery and a beacon of scientific learning for astronomers far and wide. One of these is George Dermont, a dreamer and a man of deep faith, who's trying to prove the scientific existence of a Gateway to God, and speaks to ancient gods and believes they speak back. Its newest star is Irene Sparks, a pragmatist and mathematician invited to lead the Institute's work on a massive superconductor being constructed below Toledo. This would be a scientist's dream come true, but it's particularly poignant for Irene who has been in self-imposed exile from Toledo and her estranged alcoholic mother, Bernice. When Bernice dies unexpectedly, Irene resolves to return to Toledo, and sets in motion a series of events which place George and Irene on a collision course with love, destiny, and fate.

You see, George and Irene were born to be together. Literally. Their mothers, friends since childhood, hatched a plan to get pregnant together, raise the children together and then separate them so as to become each other's soulmates as adults. Can true love exist if engineered from birth?

Lydia has dropped by to tell you a little more about her new novel.

Here are the details:
Be a US resident and age 18 or over.  You must leave your email address in order to qualify to win.  The giveaway will run from today through July 5th.
The prize is one copy of Lydia's new novel.  See the rafflecopter below.

Does He Really Have that Magic Touch? 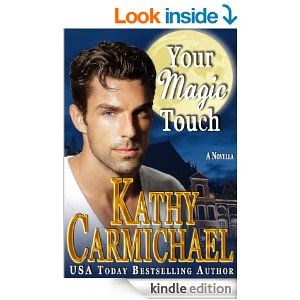 Thank you to Kathy Carmichael for a copy of Your Magic Touch.  The genre is romantic comedy.  This novel is also considered a novella.
Synopsis:
What has Harrison done now?   Sinclair asks this very question as he sits down to dinner with his aunt and uncle.  They have a request.  Could Sinclair stay here at the mansion and babysit ghost hunters and a reporter?  Frannie is known for her humanitarian efforts.   She writes for a tabloid magazine the Spy.   She takes the assignment thinking she will only write about the mansion that she will visit and there is nothing more to it.  Or is there?  The ghost hunters are not your average ghost hunters. They are actually wizards with a mission.  This mission involves  both Frannie and Sinclair.  Will they be successful?  Are there truly ghosts in the mansion?
My Thoughts:
I found this novel very easy to read.  The characters are  easy to follow and like.  There really is no bad person.  The plot is very simple.  I may have given away too much already.  I just didn’t find it enough of a story.  I was surprised that it was a clean romance.  I was expecting more of a Harlequin read.
If you are a fan of novellas then you might like this one.
Rating:
3.5/5 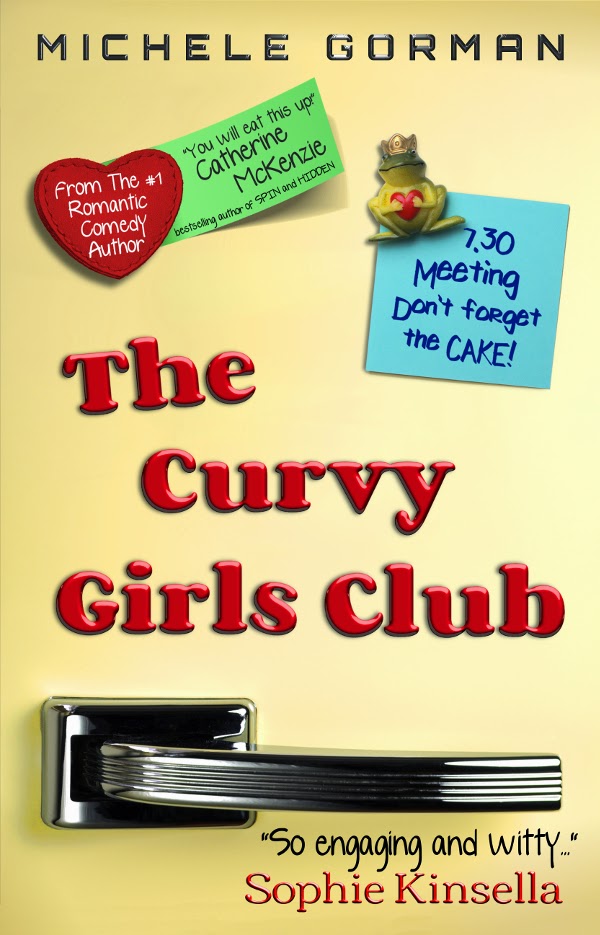 The Curvy Girls Club released officially on June 17th.  Don't miss getting your copy.   Here are some thoughts by other authors about Michele's upcoming novel.

A funny, heart-warming story about overcoming the prejudices we hold, no matter where we tip the scales.


When the pounds start falling off Katie, founder and president of London’s most popular social club for the calorie-challenged, it seems like a dream come true. But as the overweight stigma recedes and her life starts to change, she faces losing more than the inches around her waist. Everything that’s important to her – her closest friends, boyfriend, and acceptance into the club itself – are at stake in a world where thin is the new fat.


“So engaging and witty, yet insightful and empathetic.” Sophie Kinsella, #1 New York Times Bestselling Author
"A book about friendship, love and most of all, loving yourself; you'll eat this up." Catherine McKenzie, bestselling author of Spin and Hidden

Michele has a short story Weightless available currently for $1.99.

Support a Great Cause! 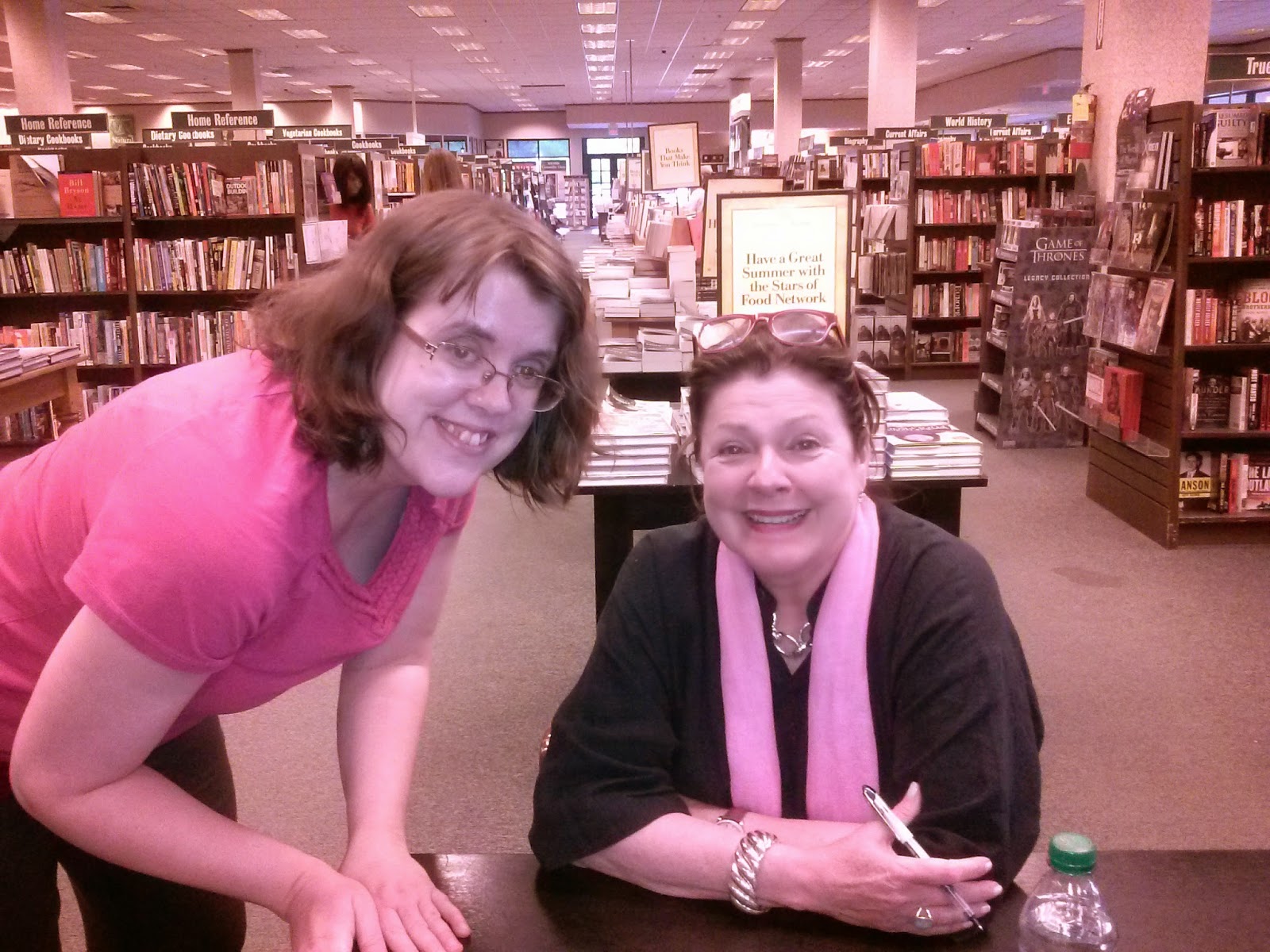 I had the honor of meeting Dorothea Benton Frank at Barnes and Noble Buckhead in Atlanta Georgia.  She is currently on tour for the Hurricane Sisters, and shared with us a little about the story in her new novel.  She also assured us that it is very funny!  I very much enjoyed the last novel I read by her so I am sure that this one will be a treat.

One cause that is close to her heart is the domestic violence.  Dorothea was conducting a search one day on the internet.  There is a top ten list of states in the United States that are bad for handling domestic violence cases.  She found out that 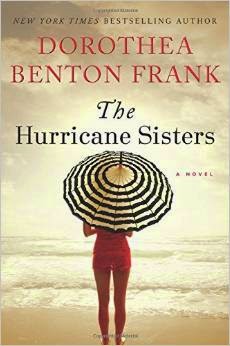 South Carolina leads the nation in being the worst for handling domestic abuse cases.

For each city that Dorothea visits on her tour for the Hurricane Sisters is being donated to shelters for women in domestic violence situations.  This novel will surely give a welcomed break to the reality of these women who go through on a daily basis.
One of those shelters is the International Women’s House.  This shelter helps immigrant and refugee women and their children.  The shelter located domestically here is in Decatur Georgia.

You can follow Dorothea on her tour at her website.
Please also don’t forget to get your copy of this great novel the Hurricane Sisters.

Support your local shelter and read on!

Elizabeth Ball Discusses the Road to Her Debut Novel 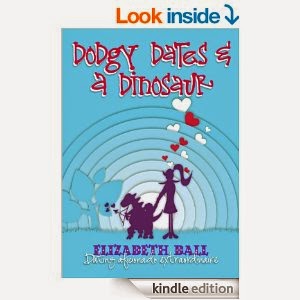 We appreciate greatly the opportunity to Elizabeth Ball stop by and discuss what it means to be a writer.  How did she get started on the journey to becoming a writer?

My daydream of writing full time, in my own little studio at the bottom of the garden, has not quite materialised- yet. Small details like proper paid full time work, having a family, shopping for food, getting stuff fixed that breaks just when you think you have a spare moment (my car door handle this month, came clean off in my hand meaning I now have to climb in the passenger side, quite a squeeze in my tiny car) usually get in the way, as well as the fact that we already have a brick outhouse at the bottom of the garden, and it’s my fiancées gym. Oh and talking of which, we’re getting married in four weeks’ time, an event that despite my usual haphazard organisation has been planned down to the last bead and is taking up any spare time I might have had with appointments to choose chocolate for favours and ribbon for flowers, and to talk to the photographer about where he’s going to sit in the church straight after a meeting with the minister who says the photographer is not allowed to sit in the church.

I did have some time though, in 2012. After spending my life working I found myself, after relocating from one end of Great Britain to the other, slightly out of work for a while, settling my son into his new school and making our new house into a home. It was a year in fact, in Banff, Aberdeenshire- a place even the most uninspired will be inspired. During this time my fiancée was also working a random job which involved night shifts and so I grabbed the opportunity to write down all the stories in my head. For years I had ideas, sometimes these would be bursting to be written on paper, other times quite content to be floating around inside my head. I’ve always written, for as long as I can remember, and always had a dialogue going on in my head, whole passages being written while out on my daily run or in the car on my way to boring and inconvenient paid work. Sometimes these would get put into some form of written word until I could write them properly, on a run I’d text myself pages upon pages of ideas and then frantically scribble them down on my return back home, every traffic light that stopped me meant a quick few scribbled words lest I forget. I had always spoken about writing a book, always wanted to, until one day I heard an author say on the radio that the writer’s worst enemy is procrastination. So I stopped taking about it and wrote it, the book I had imagined for so long. There are still about ten in my head and so many short stories, but I finally wrote ‘Dodgy dates and a Dinosaur’, conceived during the early hours of the mornings of 2012, whilst my fiancée was working and my son slept. Once I started writing I found I couldn’t stop and all the years of thoughts came tumbling out onto the page. I started to submit this to publishers but now with full time work and everything else I decided just to self-publish and see what happens,

I’m over it now anyway, on to the next. Until of course, Hollywood decide to make it into a film… maybe the screen play will be next. I find myself now flitting from one idea to the next like a moth between lights and am just waiting for the next opportunity to be still, be alone and have at least a few moments to myself.

If you would like to purchase a copy of Elizabeth's  novel Dodgy Dates and Dinosaurs.  Visit this link on Amazon.
Posted by Jencey Gortney at 2:00 AM 1 comment:

In My Mailbox is a weekly meme where I share what's new on Writer's Corner.  Also what is new that I will be reviewing in the future.  So onto the news of Writer's Corner.  There is still time to enter the giveaway sweepstakes for The Glass Kitchen which ends on June 30th.  I will be visiting Patti Callahan Henry this week.  I am crossing my fingers that I will be able to go see Jennifer Weiner.

Here is what made the mail this week:

The Heist by Janet Evanovich 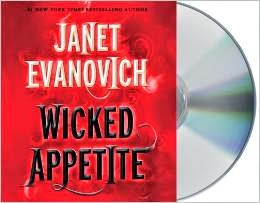