Are You Ready for Some Summer Suspense with Mary Alice Monroe? 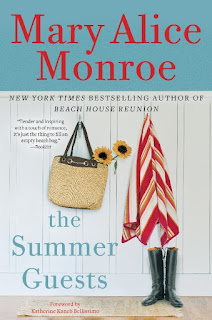 It is that time of year again when Mary Alice Monroe sends out a new story into the world.  This year her story is The Summer Guest.  You will see some familiar characters and some new ones.  The story focuses this year on animals escaping a hurricane, or more specifically horses.   Pull up a chair and sit back with a glass of tea and escape to  North Carolina.

Late August is a beautiful time on the Southern coast—the peach trees are ripe, the ocean is warm, and the sweet tea is icy. A perfect time to enjoy the rocking chairs on the porch. But beneath the calm surface bubbles a threat: it’s also peak hurricane season.

When a hurricane threatens the coasts of Florida and South Carolina, an eclectic group of evacuees flees for the farm of their friends Grace and Charles Phillips in North Carolina: the Phillips’s daughter Moira and her rescue dogs, famed equestrian Javier Angel de la Cruz, makeup artist Hannah McLain, horse breeder Gerda Klug and her daughter Elise, and island resident Cara Rutledge. They bring with them only the few treasured possessions they can fit in their vehicles. Strangers to all but the Phillips, they must ride out the storm together

During the course of one of the most challenging weeks of their lives, relationships are put to the test as the evacuees are forced to confront the unresolved issues they have with themselves and with each other. But as the storm passes, they realize that what really matters isn’t what they brought with them to the mountains. Rather, it’s what they’ll take with them once they leave.

Purchase a copy of The Summer Guest here.

What a Thrill Ride! 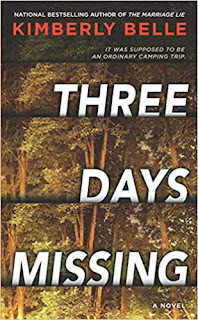 It would not be summer without including a thriller.  Last Summer’s hit by local author Kimberly Belle will leave readers turning pages for more.  This time in Three Days Missing, two boys go missing on a school field trip.  Or did they?

“It’s every parent’s worst nightmare: the call that comes in the middle of the night. When Kat Jenkins awakens to the police on her doorstep, her greatest fear is realized. Her nine-year-old son, Ethan, is missing—vanished from the cabin where he’d been on an overnight class trip. Shocked and distraught, Kat rushes to the campground, but she’s too late; the authorities have returned from their search empty-handed after losing Ethan’s trail in the mountain forest.

Another mother from the school, Stef Huntington, seems like she has it all: money, prominence in the community, a popular son and a loving husband. She hardly knows Kat, except for the vicious gossip that swirls around Kat’s traumatic past. But as the police investigation unfolds, Ethan’s disappearance has earth-shattering consequences for Stef, as her path crosses with Kat. As the two mothers race against the clock, their desperate search for answers reveals how the greatest dangers lie behind the everyday smiles of those they trust the most.” (Amazon)

Kimberly Belle comes through with another winner!  I loved this book!  It was for me a thriller from start to finish.  When defining a thriller Three Days  Missing makes the grade.  I have read many others that are defined as thrilling cannot make the grade.  The way it was written keeps readers interested and desiring to find out more.  The plot is strong but was a little predictable for me.  I was not surprised when the kidnapper was revealed.  I very much enjoyed it and look forward to reading Dear Wife in the future.