What is the Next Chapter for the Summer Girls? 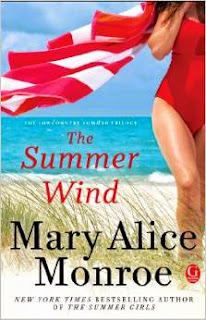 Thank you to Simon and Schuster and Gallery books sending me a copy  of Summer Wind for review.  This book is given in exchange for an honest review.  Now to the second book of the Summer Girls series.  When we last left the Summer Girls:  Delphine was headed to the hospital with Carson.  Dora and Harper stayed behind at the house with Mamaw.

Dora is prepared to move forward with her divorce. She has so much to do until her body tells her otherwise.  Dora winds up in the hospital diagnosed with Broken Heart syndrome.  Her husband Cal soon to be ex-husband wants to bring her back to his condo but without out their son. Dora is determined to do what is right for her autistic son.   She continues to work on getting her life back together.  She decides to let Mamaw and her cousins’ help.  Will she be able to let go of control and relax and take care of herself?  What will happen when a special friend from her past comes back into her life?

This is the second novel in the Summer Girls Series Summer Wind.  I liked it.  The story continued to inform us about Carson and her moving forward.  We learn more about Dora and what her life is like.  I have always dreamed of having an old friend become a love interest such as what happens to Dora.  My most favorite character is Lucille.  She speaks her mind and is not afraid to let you know what she thinks.

I found the climax of the story to be disappointing.  When you hear about a storm being part of the climax the reader has an expectation of what that might mean.  I expected more from the story than what was actually there in context. Such as how did they survive the storm? Is it like a hurricane?

Did You Know Samuel Clemens? 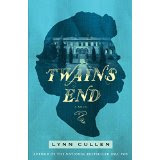 Lynn Cullen has come out with her latest novel Twain’s End.   She focuses on the relationship between Mark Twain and Isabel Lyons.  I grew up with the stories of Tom Sawyer and Huck Finn which are still read today.  I even toured the city of Hannibal Missouri.   I learned somethings that I didn’t know about Mark Twain in this novel.

Isabel Lyon came from a prosperous family but has suddenly lost all of her wealth.  She enters the world of the domestic help as a governess.  During her job as a governess she meets Samuel Clemens at the Friday night card matches.  Isabel quickly becomes a regular until Mrs. Whitmore the wife of the current position sends her to another family.  Years later she interviews for a job with Samuel Clemens wife as her secretary.  Little did she know that she would be doing more work for Mr. Clemens than his wife?  What will happen in the relationship between Isabel and Samuel?  Will she find a future with him? 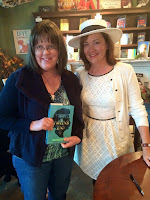 This is my first novel by Lynn Cullen.  When I met her I wanted to understand why she chose the topics she did since her first novel was about the Mrs. Edgar Allen Poe.  I find the history of Mark Twain interesting!  I didn’t know that he had a secretary.  I was very interested in the characters of Samuel Clemens, Isabel Lyon, Olivia Clemens, Jean Clemens, and Clara Clemens.  Ms. Cullen brings these characters to life brilliantly.  I could follow her style of writing because it is similar to other authors in historical fiction.  I found the history of this family very interesting.  I visited Wikipedia to explore each character.

The story was enjoyable but slow in some spots.  I might have enjoyed it more as an audiobook.

In the Spotlight: DEATH IN A MAJOR A Music Lover’s Mystery By Sarah Fox 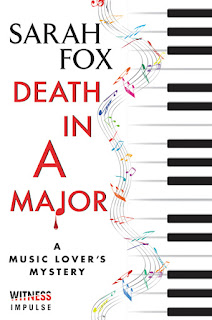 The new season for the Point Grey Philharmonic starts off on a sour note when one of the symphony’s wealthy benefactors drops dead in the second Music Lover’s Mystery from author Sarah Fox.

When Archibald Major, local big wig and nasty tyrant, drops dead at a post-concert reception, violinist Midori Bishop soon suspects foul play. Although Midori has no intention of getting involved in another murder investigation, that all changes when Jordan - her violin student and the victim’s grandson - seeks her help convincing the police that the real killer is his uncle, a low-level criminal.

As Midori digs into the victim’s life, she discovers that he was a man who created discord at every turn, even within his own family, and there is no shortage of potential suspects. When someone close to Midori unexpectedly confesses to the crime, Midori must race to discover the identity of the true killer before an innocent person goes to jail for a crime they didn’t commit… and before Midori herself becomes a victim in the killer’s deadly encore.
Purchase Here:
DEATH IN A MAJOR –
Amazon | B&N | iTunes | Google Play

Sarah Fox was born and raised in Vancouver, British Columbia where she developed a love for mysteries at a young age. When not writing novels or working as a legal writer she is often reading her way through a stack of books or spending time outdoors with her English Springer Spaniel.