The Inn Boonsboro series starts with The Next Always by Nora Roberts.  She actually

based this series on the real Inn Boonsboro.  The building of the inn is described in detail in this novel.

The Montgomery brothers are working hard on the new family business the Inn Boonsboro.  They are rebuilding and refurbishing the Inn.  Their mother Justine directs the flow of the business.  One of the other businesses in the area is the local bookstore which is run by Clare Brewster a single mother of three boys.  She also has the attention of Beckett Montgomery who pursues a friendship with Clare.  Will it blossom into something more?   What will happen with the inn as it continues to grow?

After reading the Bride Quartet series, I was excited to read the Inn Boonsboro series.  My excitement decreased in the beginning of this novel.  I have a hard time sometimes when the author is introducing new characters and the setting.  I tend to like book twos a little more in the series.  Once we progressed beyond this part of the novel I could not get enough.

The main cores of characters in this novel are the Montgomery brothers Beckett, Ryder, and Owen.  Then you meet their mother Justine and their aunt Carol Lee.  My personal favorite is Clare because she owns and runs the local bookstore Turn the Page.  Clare’s character is not as strong a female lead as in some of her other books, but it leads to the main source of conflict later on in the novel.

Or $229 in Paypal Cash (International)

Holiday Kindle Fire Giveaway #1 Sponsors:   Sign up to sponsor the next Kindle Fire Giveaway: http://www.iamareader.com/category/kindle-giveaway-sign-ups   Giveaway Details 1 winner will receive their choice of an all new Kindle Fire 7" HDX (US Only - $229 value), $229 Amazon Gift Card or $229 in Paypal Cash (International). There is a second separate giveaway for bloggers who post this giveaway on their blog. See details in the rafflecopter on how to enter to win the 2nd Kindle Fire HDX 7". Ends 12/18/13 Open only to those who can legally enter, receive and use an Amazon.com Gift Code or Paypal Cash. Winning Entry will be verified prior to prize being awarded. No purchase necessary. You must be 18 or older to enter or have your parent enter for you. The winner will be chosen by rafflecopter and announced here as well as emailed and will have 48 hours to respond or a new winner will be chosen. This giveaway is in no way associated with Facebook, Twitter, Rafflecopter or any other entity unless otherwise specified. The number of eligible entries received determines the odds of winning. Giveaway was organized by Kathy from I Am A Reader, Not A Writer and sponsored by the participating authors & bloggers. VOID WHERE PROHIBITED BY LAW.   a Rafflecopter giveaway
Posted by Jencey Gortney at 10:11 PM No comments:

Thank you to Bloomsbury and Maureen Lindley.  A Girl Like You is a bittersweet coming of age story of a young girl caught between two worlds.
It gives voice to the difficulties faced by Japanese Americans that is too seldom heard. We hear many accounts of how World War II changed life in America.  However, the stories do not usually include how the war impacted the lives of minorities in America. Very little is mentioned of the internment camps that existed in America that "housed" thousands of Japanese and Japanese Americans ages ranging from infants to the elderly, healthy and ailing.
Angelina is the small town in California that Satori Baker calls home during the the late 1930's. The Bakers' are living on a farm that barely brings in enough money to make ends meet.  To add to the difficulties of growing up in the last years of the depression, and the angst associated with becoming a young woman, Satori is dealing with the fact that she is half Japanese and half American.  As a half caste, Satori is too American for the Japanese and too Japanese for the Whites in Angelina.  With all the challenges Satori is currently dealing with, she is about to find her world turned upside down and inside out when America declares war on the Japan in 1941.  The attack on Pearl Harbor leaves Satori without her father, her home, and her friends.
My Thoughts
Satori Baker is strong willed, an independent thinker, determined, and will not allow herself to be ruled just to get along with other people.  When the internment camps are shut down, Satori's determination and her survival instinct will be put to the test as Satori tries build a life for herself in a new America that still does not completely accept her kind.  How/where will Satori make a new life for herself after the war?   Will Satori be able to reclaim the home of her youth?  Will the horrors of living in the internment camp forever haunt Satori?
"A Girl Like You" is poignant, filled with angst, and moments of joy and beauty that fill the mind of the reader.  There are also episodes of despair that are heartrending.  The pain of the characters is palpable.  It is a thought provoking story that leaves this reader wanting to know more of the untold stories of this time period.
by Celeste Thomas

Good afternoon everyone!  First, I need to congratulate Bridget for winning a copy of The Life List by Lori Nelson Spielman.  Here is our mail for this week: 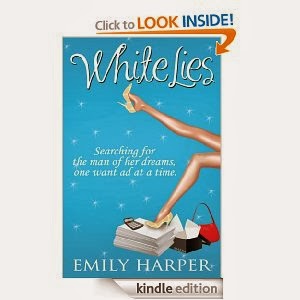 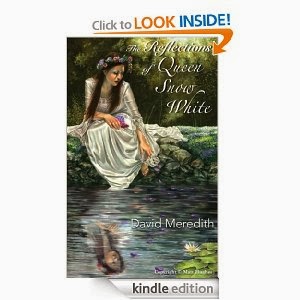 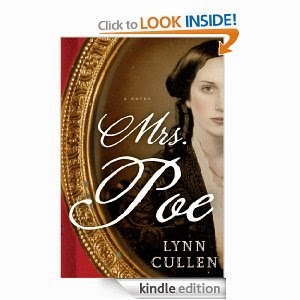 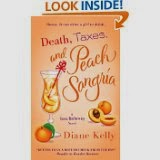