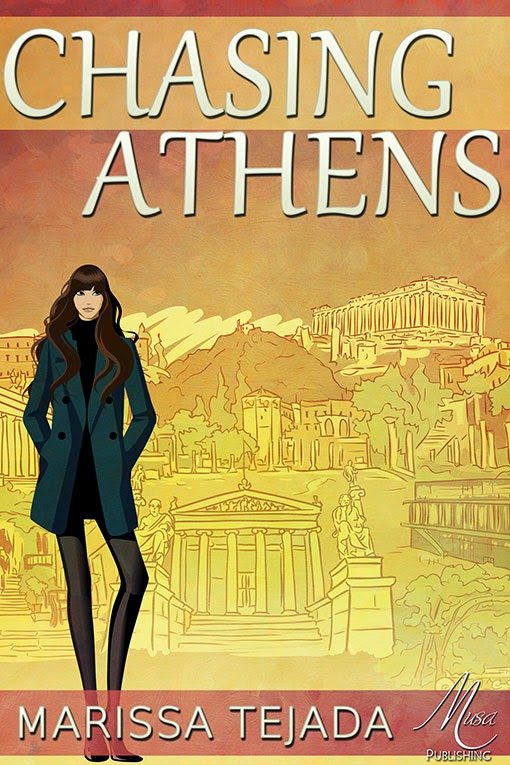 Marissa is coming to Writer’s Corner today to share her upcoming novel Chasing Athens.  Thank you
for stopping by!

I think Chasing Athens is a classic women’s fiction/chick-lit story but different in the sense that it has multiple multicultural elements and expat themes.  A sense of place plays a huge role in my heroine’s journey. Thirty-year-old Ava Martin’s is a multi-ethnic main character who finds herself struggling yet flourishing in a foreign country.

The bouts of culture shock and tongue tied attempts at speaking Greek are a just few examples of how the location adds to the story.  The economic crisis weaves itself throughout this romantic comedy as well offering another look at Athens which is featured in a contemporary setting.  I wrote scenes that depict the ugly realities Greeks face today including protests, violence, and unemployment.  On the other hand I also aimed to depict the sheer beauty of the landscapes and islands of Greece in other scenes.

In all, what Ava witnesses with her friends and experiences on her own offer her lessons about life, love and independence. They are lessons she couldn’t learn anywhere else in the world.  I like to think Chasing Athens has its fair share of humor. After all living abroad can be stressful for anyone so laughing along the way is absolutely necessary for survival.

You can purchase Chasing Athens on Amazon or from any other eBook vendor.

When Ava Martin’s new husband unexpectedly ditches her months after they’ve relocated across the world to Greece, the heartbroken American ex-pat isn’t sure where home is anymore. On the verge of flying back to the States with her tail between her legs, she makes an abrupt decision to follow her gut instead and stay on in Greece. She soon discovers that the tumultuous, culture-rich Mediterranean country is coloring her life in a way no place else can, changing her forever. But is it where she belongs?

Ava’s new found independence throws her into the thick of Athenian reality, where she has brushes with violent police riots and gets a taste of both the alluring islands and the city nightlife. Despite pressure from her mother, uncertainty over her impending divorce, and unresolved issues with her long-estranged father weighing on her, she’s determined to make it on her own. With the help of two very colorful Greek friends, she laughs and learns while facing culture shock, language barriers and the charm of Mediterranean men, until a life-threatening medical emergency back home in sleepy Ithaca, N.Y., forces her to decide where she truly belongs – and what truly matters. 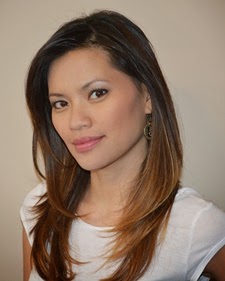 As well as finding out more about Marissa at her website, you can also catch up with her on Facebook and Twitter.
Posted by Jencey Gortney at 2:00 AM No comments: 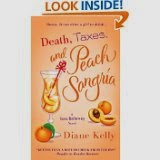 So if you know Stephanie Plum from many of Janet Evanovich’s novels then you might want to get to know Tara Holloway.  The Death, Taxes, and series is penned by author Diane Kelly.  The latest in the series will be coming out this month.  I am sharing Death, Taxes, and Peach Sangria.  Are you ready for an adventure?

Tara and her partner Eddie have been assigned some cases by Lu their boss.  They have to go around and check out businesses to make sure that they handling the money correctly.  There is a secondary purpose which has to do with the other case they were assigned.  This case is to follow the trial of terrorists who have been arrested. In the meantime at the office everyone is looking for a hook up.  Nick is also interested in joining the Double D dating service, and Tara has had her eye on him for a while.  She wants a chance with him but can’t tell her current boyfriend Brett.  Will she be able to express her true feelings?  Will she catch thieves who helped the terrorists?

I met Diane last summer at the National Romance Writer’s conference.  They had a signing that night.  There were many authors there  I  had a great time talking with Diane.  I didn’t that her novels would be similar to Janet Evanovich.  I enjoy both writers.
Tara is an interesting character.  I came into the series in the middle so I really can’t tell you much about her.  I also might give something away from the story that you all need to check out for yourselves.  The novel is written from her point of view.   She is interesting as a narrator.   There are other characters that help move the story along but they all can’t hold a candle to Tara.
This novel is worth checking out!

W. S. Williamson’s Bridges: An Extraordinary Journey of the Heart is about a young woman, Jessie, who joins the Peace Corps in Africa. Her troubled past with men collides with her awakening to a new animated culture, provoking change in her belief system and sense of purpose. With a deep desire to be loved, and a darkness of superstition and black magic ensuing her, Jessie flees to a Frenchman in Europe. There, she is swept off her feet by euphoric feelings of love and the magic of his studies in alchemy.

The story revolves around an ancient book, foreign cultures, strange occurrences, and a young woman’s search for love. She is entranced and taken, deceived and destroyed, all for a purpose that will leave you astonished and amazed. Williamson turns modern-day religion on its head and extracts the one true principle that guides all human life and creation. Fore Word Reviews rated Bridges with 5-stars and called it outstanding, sophisticated, and mesmerizing. In fact, all the reviews have been excellent.

Inspired by actual experiences, Williamson skillfully folds facts into fiction and captures something deep within the reader’s soul. You cannot read this book without going on an incredible cultural, spiritual, and emotional journey with Jessie. From the first chapter, you are inside Jessie’s head, always on your toes, anticipating what happens next. For more information about Bridges, and to read all the praise, visit agapy.com/bridges. It’s available in both paperback and ebook at Amazon.

Bridges has wide appeal for both men and women from all walks of life. If you’ve ever lived in another culture, wanted to live in another culture, or you are curious about the long-term changes it can provoke in your thoughts and feelings, then Bridges is a must-read. If you’ve questioned the status of women in society or religion, if you think that women are important in the shaping of the world, the message in this book will move you.

W. S. Williamson is a veteran study-abroad director and returned Peace Corps Volunteer. She is also the author of the popular guidebook Study Abroad 101. She is a graduate of Indiana University and Western Michigan University and lives in Italy with her family. You can read more about Wendy on her blog at wswilliamson.com.